Manchester United are currently preparing for their Monday night match against Crystal Palace. It will be their first and only match in March played away from home. The following four matches will be all played at Old Trafford and United will definitely want to start the month off with a comfortable win against a struggling side.

This match at Selhurst will be followed by the great English derby, as Liverpool will be visiting Manchester. These two matches are happening just before the return leg of the Champions League first knockout round against Sevilla. That match will be a crucial one for the whole of season, because United will be expected of reaching the quarter finals. If they somehow fail in that endeavor, it will be a huge negative hold against Jose Mourinho.

But let’s not get so negative. That is only an ‘if’. Manchester United will have to win after an away 0-0 draw in order to go through. That is still a very good situation as everything is in their hands. Here are some things Manchester United need to do prior to that match.

This has been obvious for some time now. Of all outfield players, Matic played the most minutes for Man United this season. He has featured in all 28 Premier League matches as a starter and he could do with some rest before some very important matches. Of course, the Serbian midfielder should be rested against Palace, rather than Liverpool. Keeping him fresh for the next Saturday could be of huge importance against the Merseyside club.

The Ivorian got his first minutes in Premier League since November against Chelsea last Sunday. He only took part in final 10 minutes of the match, ensuring more defensive solidity while having a 2-1 lead against Antonio Conte’s side. Yet, he could now do with playing more and more and Palace seem like a good opposition to do that. Mourinho should think of giving him at least 60-75 minutes at Selhurst, to build his match fitness for the Champions League match.

Whether he would play against Liverpool is another debate, but United could do with him in a match they have to win in 10 days’ time.

Find A Solution For Alexis Sanchez

Alexis Sanchez has been played on left wing, Alexis Sanchez has been played on right wing. The manager needs to find the best solution for the Chilean as he has not been at his best since joining from Arsenal. He scored only one goal and now the games against Liverpool and Sevilla are fast approaching. Against Chelsea, Sanchez was mostly playing on the right, but his occasional movements into the left side of the pitch did not bring confusion to the Blues, but rather a confusion in United’s offensive display.

When he gets a role that fits him properly, then he is very dangerous, but so far he has not showed that in United shirt.

This is quite simple, isn’t it? 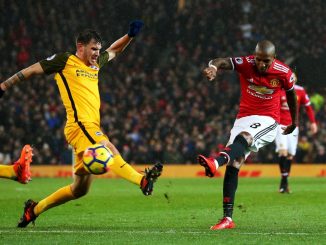 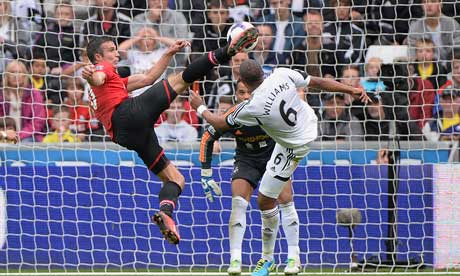