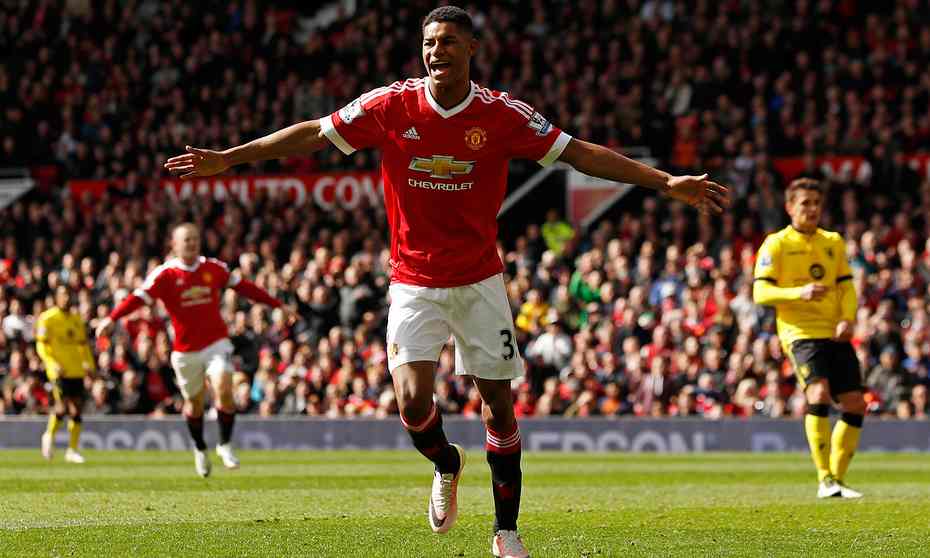 It’s rare on a website dedicated to one team that the initial paragraph is dedicated to the sheer ineptitude of another, though one can forgive me for indulging in some light-hearted mockery of Aston Villa’s plight. Relegated for the first time in the Premier League’s history, the cavalcade of misery amongst West Midlands clubs has been amplified to the degree that some aren’t even sure that Birmingham’s best (sorry, Blues) are out for a temporary period only.

The point? It’s nice to finally talk about a team worse than Manchester United this season.

Don’t get me wrong – Villa deserved their fate, carrying their own coffins to the grave and diving in on their own accord. But this was no gleaming performance from United. The old problems still remain and those who pray every night for a Louis van Gaal-free summer will have ramped up their pleas. Anyone still for a glass of Mourinho?

Rashford for the EUROs?

To Van Gaal’s credit, the change seemed to work too. It took until the 32nd minute but a beautiful cross from Rooney found Antonio Valencia on the touchline, who guided the ball to the feet of Rashford. The young lad, already able to do no wrong, knocked the ball past Brad Guzan with the finesse of a seasoned pro and all but ended Villa’s top flight tenure there and then. From there (and much before to be honest), the reds seized control of the game with chances from Mata the only real excitement to an otherwise controlled (read: dull) performance.

As it was, the captain didn’t last the full 90 minutes. His substitution after 65 minutes for Lingard was half a season too late but Van Gaal knows what he has in Rashford: a young, hungry and homegrown star-in-the-making with the bit between his teeth. When you’re low on goals with a Champions League spot still up for grabs, it was both brave and wise to keep the momentum moving. Rooney, for his part, looked like he had a renewed energy and was instrumental in the lone goal. If you worry for anyone in the long term, it would probably be Mata.

The question now is, what happens in the summer? England already have an embarrassment of riches in the young forward stakes, where only the most hardened of hearts would deny Jamie Vardy and Harry Kane a chance to shine at the European Championships. But Marcus Rashford fits that bill just as well and offers more goals in his arsenal than a Danny Welbeck. Roy Hodgson may decide in his managerial expertise to go for flexibility and width, positives of Welbeck’s game, but it would be a shame on form to not at least consider the young Mancunian starlet for his debut sooner rather than later.

Should he stay or should he Gaal?

With only five games left in the domestic season (plus an unexpected run of FA Cup form), scrutiny on the manager is going to hit fever pitch. The rumours of Jose Mourinho in the bushes will persist as always but it’s tough to rule a final season of the Dutchman just yet.

Yes, his team selections are baffling. No, we don’t understand why Fellaini still plays either. Yes, his substitutions read like he’s picking names randomly out of a hat. No, we rarely stay awake for his style of play: I’m typing this whilst comatose. There are a lot of negatives to another season of uninspired durge and I’d be the first to say that perhaps we need a change of guard whilst we still can do it.

But here’s the thing: would Jose have saved David de Gea last summer, bringing him back into the team after a new contract extension and continuing to allow Big Dave to just be… well, Big Dave? Would Lingard, Rashford, Martial and Timonthy Fosu-Mensah have been given a chance to shine on the big stage? Would Luke Shaw be guaranteed a walk-in place the moment he’s medically cleared to return? United’s history of bedding young players into the first team is legendary and it could be argued that no one has done a better job in years than King Louis this season.

Whatever the Champions League run took away, the FA Cup is tantalisingly close and you’d be a fool not to make United the favourites at this stage of the game. Were a miracle to occur and a top four place be sneaked at the final hurdle (hopefully without a double English success in Europe, especially to THOSE teams) and a trophy be placed back into the cabinet, it would be difficult to argue that Van Gaal is still on target for his three-year plan. The football itself is insufferable but he has led us to big wins against our closest opposition and there may be a few more signings yet that fill out a team prone to injury-induced thinness. I’ll take all of that over whatever Jose brings… for now.