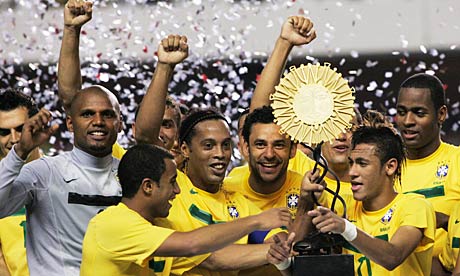 The Daily Mail and the Mirror have been playing ping-pong for the last few weeks over reports that United are trying to sign 19 year old Brazilian trickster, Lucas Moura. After stories speculating bids had been made and rejected, the Mirror today are running with a story that United have now agreed a fee of £26m for him.

Updated: 13:30pm 23rd July 2012
The story suggests that with Lucas Moura in England as part of the Brazilian Olympics squad, United have been keen to agree a fee with Sao Paulo so that a medical and personal terms can be sorted whilst the player is over here. The reports were swiftly denied by sources in Brazil but nevertheless there appears to be a lot of chatter about him and United at the moment.

Somewhat bizarrely, the same paper had suggested last week that Sao Paulo felt a United bid of roughly £30m wasn’t enough and had rejected it. Therefore either that story was false or this latest one is. What both stories agree on though is that negotiations haven’t been easy with Sao Paulo valuing him as one of the most expensive players in football. Personal terms may be no easier either as Lucas is managed by both his father and an agency, meaning United may have to pay a large sum in agency fees (not that we don’t already enjoy doing that!).

The reported fee, £26m, sounds a lot for a young player but cynics might suggest that United are confident enough in his potential to ensure that he may have a hefty resale value a few years down the line.

Interest in the player though should focus on his abundance of talent. He’s very much in the mold of the modern day attacking midfielder – capable of playing wide and drifting in, or starting centrally and drifting wide. His price does sound steep but United would be getting an entertaining, a player who’s lit up many games with tricks and magical moments. Fans should be warned though – expect inconsistent performances – at 19, he’s unsurprisingly not giving 8/10 every week and is often infuriating as he tries too much. However with a goal or assist nearly every other game and now a regular in the full Brazilian team, there’s no doubting he has the potential to be special.

From United’s point of view the question is do the club really need him? Like many fans, I wouldn’t say no to a player of Lucas’ ability but I’d much rather the money was going on central midfield, rather than another attacker. However, with the club seemingly moving towards a 4-2-3-1, United certainly need more attacking midfielder than in the past. Having Young, Valencia, Nani, Kagawa and Lucas Moura would allow Fergie to choose three from an impressive five with of course the option of using Welbeck, Rooney and Cleverley in these kind of roles too.

In terms of numbers, he could replace Park – Ji was no longer really needed and doesn’t necessarily suit the change in system, therefore another attacking midfielder who does fit seems sensible. Finally, this would of course be some statement to other clubs. Lucas has been watched by all the top sides and is hot property right now.

Sir Alex Ferguson has spoken to the official club website of his desire to sign the player, but denied a deal had been agreed:

“It’s not correct We haven’t reached an agreement for the player. We’ve shown an interest but until such time as we get a deal agreed we can’t say he’s our player.”

Have you seen Lucas Moura play before and do you think he’d be good for United? Would his signing potentially mean one player might be sold on top of Park? (Nani to leave has been suggested by some fans). 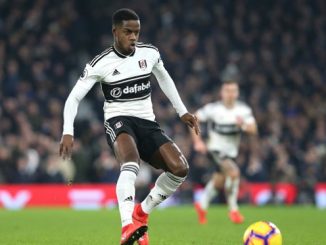 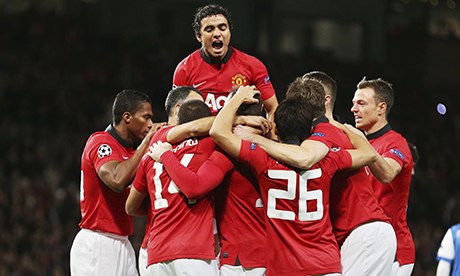 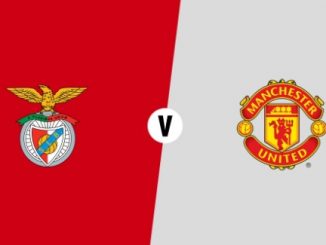