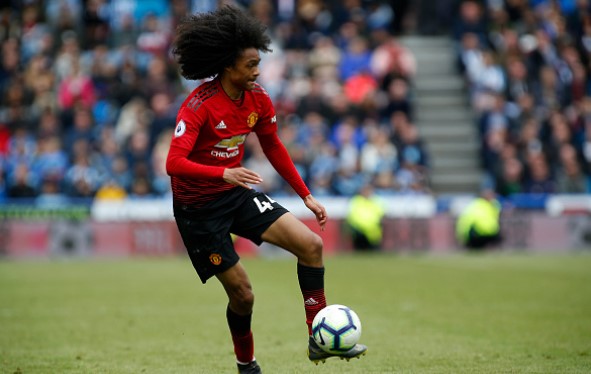 Manchester United have got some really good news today. The Premier League has announced the shortlist of nominees for their Young Player of the Season Award and there are three of our players on that shortlist – Mason Greenwood, Anthony Martial and Marcus Rashford. If we are being technical, then there is four, with Dean Henderson also making it, although the 23-year-old goalkeeper earned his place on the list playing superbly for Sheffield United, not Man United.

On this list are also Mason Mount, Jack Grealish and Christian Pulisic, but it is interesting to see Premier League are keeping Grealish and Martial on this list, despite the fact they will both turn 25 before the end of the year, making them ‘not-so-young’ for this award. Nevertheless, it is a nice success to have our entire front three nominated for the award.

Another news we did not get to mention in the previous few days is why Man United getting rid of Alexis Sanchez was so important. The Chilean officially became part of Inter Milan, after making a switch on a free transfer. The Red Devils decided it was not so crucial to get a transfer fee for the player and they let Serie A giants to get their way this time. But that was still a shrewd piece of business by United.

By letting Sanchez leave the club without a transfer fee with two years left on his contract, United made a choice that would not see them pay player’s huge wages. Only by this move, Man United saved around 30 million pounds and probably even more, considering Alexis had numerous bonuses included in his contract. Of course, we should also mention Man United were cornered into making a deal such as this one, considering how incredibly poor piece of business they made when they signed the Chilean.

Man United To Listen For Offers For Lingard

We have been mentioning that Manchester United could be selling Jesse Lingard this summer and now it all seems confirmed. Following the player’s goal against LASK Linz, the Guardian are reporting Manchester United are ready to listen to offers for Lingard this summer. Solskjaer deems him surplus to requirements and is opetn to selling if the right bid arrives. Now the question is who could be interested in Lingard and how much United could get for him.

Lingard’s performances this season were simply not good enough and it was no wonder Solskjaer did not trust him with a lot of playing time. The squad started their evolution and it seems Lingard has no place in it.

Chong Could Be Loaned Out

And the last but not the least, another player who got his chance in Europa League the other night could be leaving the club. Sky Sports are reporting Man United are open to allowing Tahith Chong to leave United on loan next season. Chong is already 20 and it does not seem like he could be getting any playing time at right wing next year at Old Trafford.