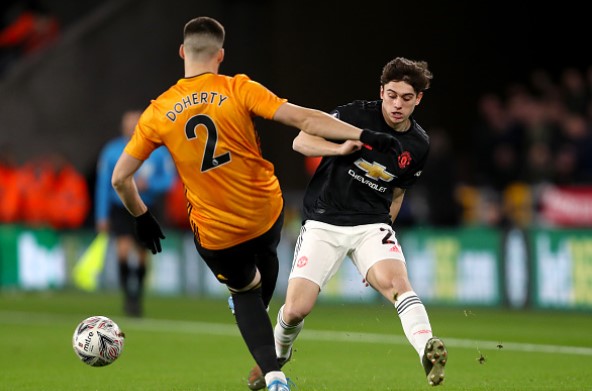 It is the last day of January and you all know what that means. It is the deadline day of the winter transfer window and the clubs will trying to the final business on the market before the final stretch of the season starts. But with Manchester United’s signature of Bruno Fernandes (finally), the Red Devils are not really expected to do more business. Despite the media mentioning a lot of forwards and linking them with the club, it does not seem like something realistic to happen before the end of the day.

That is why we will be focusing on February and the matches Man United will have to play in this coming month. There will be five matches for the Devils and some of them should be really interesting.

The start of January had seen United play twice against Wolverhampton Wanderers, both times in the FA Cup, but now February will kick-off with another meeting between the two sides, only in the league this time. Wolves will be coming to Old Trafford once more and Ole Gunnar Solskjear’s side will be in urge of winning this one. The main reason for that is that despite the Devils having four wins in January of 2020, only one, against Norwich, came in the league. One league win since the turn of the year is terrible and only the terrible state of the remainder of the league is the reason why United are still sitting in fifth place.

In fact, just 34 points from 24 games is appalling and United must start winning more regularly if they are to get into those Champions League spots before the end of the campaign.

A Fortnight Of Rest

After that match, there will be something unusual for Premier League clubs – a winter break. Some clubs will be resting on the second weekend in February and some the following weekend. United will miss the action on the first weekend, meaning that their next match, against Chelsea, will come full 16 days after the game against Wolves.

The match will be played on Monday night and United will have a great opportunity to rest and prepare properly for the upcoming challenges. Solskjaer will get a chance to work more closely with the whole squad and also with Bruno Fernandes, who will have more time to accustom to his new teammates, rather than it was a usual season when the teams are playing every single weekend.

After that, three more matches await, two of those in Europa League. Man United will be meeting Club Brugge in the round of 32, first in Belgium and then at Old Trafford, but sandwiched in between those games will be Watford’s trip to Old Trafford.

These four matches will come in the span of 10 days, which means that 16-day rest must be used to the best possible effect. Three matches will be played for Man United in February and all of those sides are a bit tough in their own way. Should United do well in those matches, the league position should remain a good one. But a slip up here and there would mean for Devils to drop down in the standings.

They are currently just four points ahead of 14th-placed Newcastle…