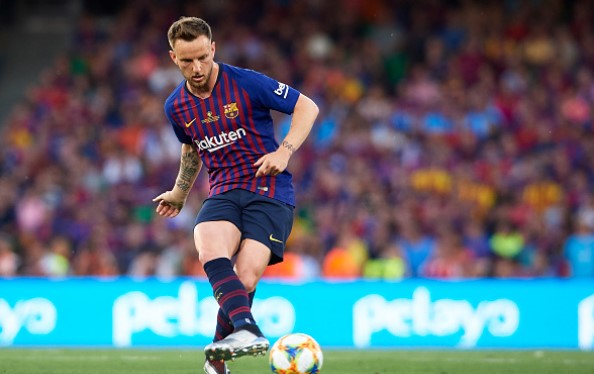 Manchester United are slowly approaching the most hectic time of the season, when matches come and go really fast and making up the ground will be important if the club are to have a chance of finishing in top four this season. However, sometime during that festive period the New Year will start and the January transfer window with it, too.

That will be a chance for Man United to improve their squad and try to make a push for the higher position. That is why we made a list of five players the Devils could target during the winter transfer window on a loan deal. Sure, that would be some short-termism there, but that is not always bad if it gets you results.

Think about it. If United are within a realistic chance to fight for top four and Champions League football, it would be naive to pass on that opportunity. Here are our choices.

Yes, we know, he plays for Chelsea and he used to play at Arsenal. Actually, he is not playing that much at Chelsea, so why bother getting him? Well, apart from making your opponent weaker – which is not the point we are making here – you would get a very experienced player who can score goals and link up nicely with your midfield. That experience could be very useful alongside Marcus Rashford and Anthony Martial. Giroud would also be very motivated to shine as EURO 2020 is getting closer.

Man United are weak in midfield and short on options, Ivan Rakitic is a great player who is not featuring for Barcelona. It is an easy choice. He even said he would like to leave Barca if he does not get the chance to play regularly, as Valverde opted for players like Arthur, Frenkie de Jong and Arturo Vidal.

Rakitic could do a very good job in the short term and maybe even stay for another season if he impresses and there is an option-to-buy in that deal.

Well, a lot has been said about Mandzukic and whilst not being the favourite to many people, he could help in those six months, offer some winning mentality and eagerness to do it all for the team. Maybe not a better option than Giroud, but he would be useful for sure.

Adrien Rabiot joined Juventus just last summer on a free transfer, but has not been playing much. Just three starts in Serie A is not good enough and Rabiot could do something similar to Rakitic, only that he is much younger and could even be tempted to make a push for this move.

We will admit it, this is the most unrealistic of the five names, but why not try? Luka Jovic signed for Real Madrid last summer in a deal worth 60 million euros and he has not played much since either. Karim Benzema is in the form of his life and there does not seem to be much playing time for Jovic. It is still hard seeing Real loaning him to any club right now, but man can dream, right?