One of Manchester United’s biggest problems this season has been the lack of production upfront. Injuries to both Anthony Martial and Marcus Rashford have not helped the side, and the departures of Romelu Lukaku and Alexis Sanchez have left Ole Gunnar Solskjaer with little to no depth in the final third. That’s one of the reasons why Mason Greenwood has played so many minutes in the first few months of the campaign.

But this situation can’t last the entire season. The Red Devils let two players leave and didn’t sign a replacement, so they must do something during the January transfer window. And here are three alternatives that could bolster the team’s firepower in the coming months.

The Poland international tore up the Serie A during the first months of last season playing for Genoa, and that scoring for granted him a move to AC Milan. The Pole, however, has not been able to replicate that scoring form during the 2019-20 season. To date, he only has three goals in eight Serie A appearances (six starts) for the San Siro outfit.

There are growing concerns about his ability to play all alone upfront, and his poor form has led Milan to search for alternatives in the coming market. Considering the Rossoneri have been linked with a move for Moise Kean, this could open the door for a potential Piątek switch. Even though he is going to be expensive considering his age (24) and sky-limit potential.

A younger player than Piątek, Dembele has been heavily linked with a move to Old Trafford ever since he was playing for Celtic in the Scottish Premier League. The 23-year-old French striker has been a regular fixture for Lyon over the past two seasons, but he seems to have taken a leap forward in his development during the current term.

Dembele is yet to score in the UEFA Champions League this season, but has nine goals in 16 competitive appearances for Les Olympians during 2019/20. He is fighting with Victor Osimhen for the goalscoring title in Ligue 1 so far, and he seems more than ready to take the next step in his career. At least on paper, he seems to be exactly what Manchester United needs to bolster the attack. A young, experienced player who can play between the centre-backs, or drift outside the box if needed.

Last but not least, we have another player who was linked with an Old Trafford switch this summer. The Red Devils reportedly wanted to sign Mandzukic, but he rejected the move because he wanted to fight for a place in Juventus. The result? He was not included in the team’s UEFA Champions League squad. In fact, Mandzukic is not training with the club in recent weeks.

All signs point towards Manduzkic leaving the club during the January transfer window. Expect United to be one of the most aggressive bidders for his services. They could use someone with his degree of experience leading the way upfront. 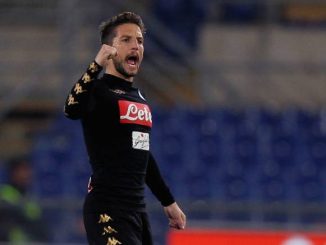 Jose Mourinho Wants Dries Mertens – Is He Worth The Risk? 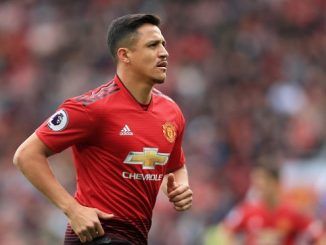 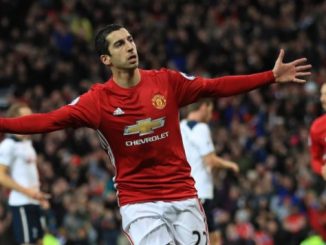 Manchester United Looking Towards Big Clashes Ahead Of Huddersfield Match