Jose Mourinho is getting closer to have a fully available squad heading into the stretch run of the season. The boss provided quite an update for Manchester United fans all over the world with news coming out of the team’s final training session before playing against Sevilla in the UEFA Champions League’s round of 16 this Wednesday.

What’s going on with Manchester United?

The Portuguese tactician indicated that Paul Pogba, Antonio Valencia, Marcus Rashford and Ander Herrera will be available for Wednesday’s clash. All four missed last weekend’s FA Cup tie against Huddersfield Town, and their presence should boost the side considerably.

Valencia and Pogba will likely start, while Herrera and Rashford could become alternatives coming off the bench.

The absentees here for United will be Marouane Fellaini, Marcos Rojo, Phil Jones and Zlatan Ibrahimovic, although the latter is getting closer to return. The absences of Rojo and Jones could make the team a bit shorthanded at the back, but the return of Eric Bailly should ease some of those concerns.

What’s going on with Sevilla?

Sevilla recovered a fair share of players ahead of this game as well. The trio of Ever Banega, Joaquin Correa and Luis Muriel are all fit and available. However, defender Sebastian Corchia will be a game-time decision, but all signs indicate he won’t play.

Banega will certainly start here. Correa and Muriel will likely be game-time decisions when it comes to their starting chances.

What did the manager say?

“I normally say that Champions League dreams start around the quarter-finals and not yet in the last 16,” added the boss. “Last 16 still looks a long way to go. When a team reaches the quarter-finals, I think it’s the moment where even the teams that are not favourites – which is our case – they start realising that anything is possible.

“But for the moment, I think we have to just focus on the very difficult opponent [Sevilla] and the first match of this two-legged knockout tie – a match that doesn’t decide anything but is very important.” 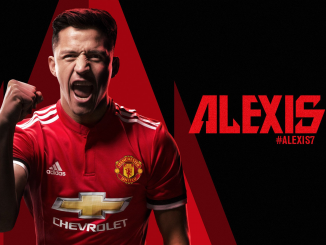