Manchester United will kick off their 2019-20 Premier League season against a tough opponent since The Red Devils will take on Chelsea this Sunday at Old Trafford. Read everything you need to know regarding this season-opening match that will kick off at 16:30 hrs BST.

Manchester United won’t have Eric Bailly, as the Ivorian centre-back is not expected to return until 2020 due to a knee injury. Alexis Sanchez is not expected to feature since he’s lacking match fitness, and Timothy Fosu-Mensah is out injured as well. However, new signings Aaron Wan-Bissaka, Harry Maguire and Daniel James are all available to make their debuts.

As for Chelsea, Antonio Rudiger, Reece James, Ruben Loftus-Cheek and Callum Hudson-Odoi are all out due to injury. They lost Eden Hazard to Real Madrid and David Luiz to Arsenal in the transfer window. But on the arrivals, Mateo Kovacic sealed a permanent move following a loan spell at Stamford Bridge last season. Wonderkid Christian Pulisic is also expected to debut for The Blues here,

This will be the first match of the season for both sides, but it’s worth noting both are coming off their respective preseason tours and both ended undefeated in six matches. Manchester United ended their preseason with five wins and one draw. Meanwhile, Chelsea registered four wins and two draws.

It is worth noting that Manchester United have not had a lot of success against Chelsea in recent matches. In fact, The Red Devils have won just two of their last 13 Premier League encounters against The Blues (W2, D6, L5). But on the other hand, Solskjaer’s men are undefeated in their last six EPL clashes against the London-based side at Old Trafford (W4, D2).

Manchester United will aim to begin their season on a strong note. However, facing Chelsea will always be difficult. It remains to be seen how Frank Lampard will motivate Chelsea, but The Blues look like a solid team despite losing Hazard to Real Madrid this summer. Considering the strength from both sides, this match could easily end in a draw here. 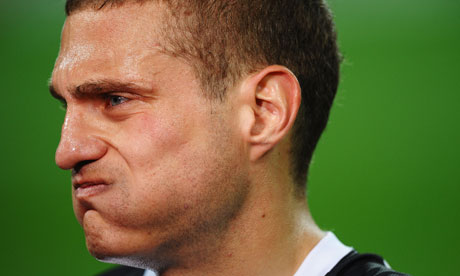