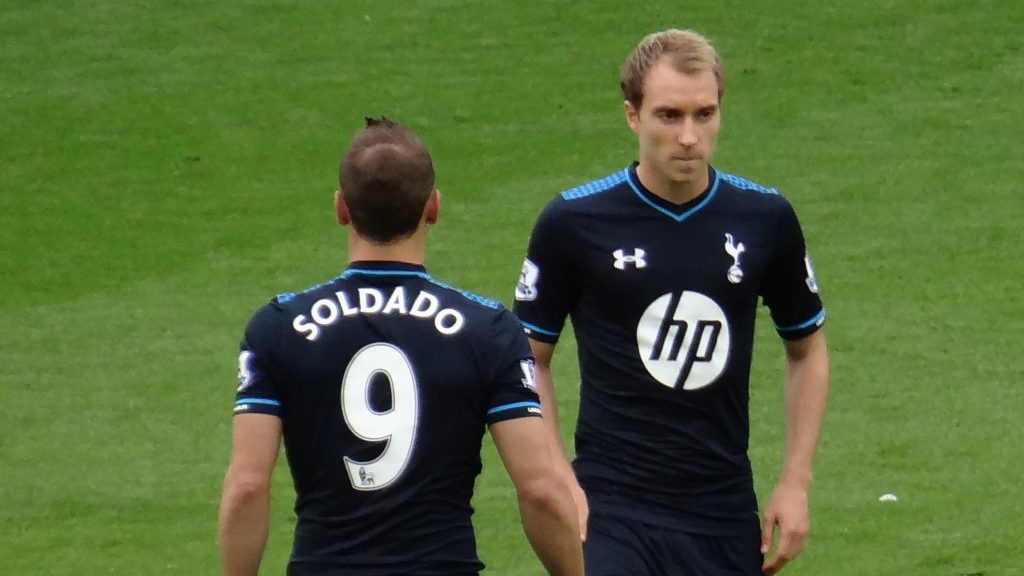 Manchester United are interested in signing Christian Eriksen! How is that news, you ask? Well, it seems like they are now *actually* interested in the Danish playmaker, not just in the newspapers, but, you know, for real. Or something like that.

Media in England were quite interested in this subject on Tuesday, as Sky Sports reported that Man United are considering making a late offer for the Tottenham Hotspur star. What that meant in reality is that everyone started saying that Man United have made the offer and that they are already close to signing him. Which is, of course, not true, and The Times claimed this afternoon that Tottenham have not received an official offer for Eriksen.

But could the Devils actually sign Eriksen in the last 48 hours of the transfer window? Would Tottenham actually let that happen? “It depends” would be the most appropriate answer before we elaborate. There were reports today saying that Spurs would be willing to let Eriksen go for 130 million pounds. That is probably true in a sense that Spurs would love to get that much money, but not true in a sense that the 27-year-old has a contract until June 2020. No way United would pay that much for him – it would make much more sense to wait for his contract to expire and offer him some incredible contract – he would still be just 28.

However, if Spurs were to get some realistically big offer for him, it is probable they would let him go – first of all, his contract length is the problem for Tottenham, and also, they are in a lot of debts following completion of their stadium. Daniel Levy might not be able to reject some huge offer in excess of, say, 80 million pounds.

Still, Wednesday should give us more answers on this subject.

What Does Paulo Dybala Want?

Paulo Dybala does not want to join Manchester United this summer. But then again, Paulo Dybala has changed his mind and he wants to join Manchester United this summer. Okay Italian media, make a decision now. Because this Tuesday brought a lot of confusion among Man United fans, as several sources were claiming completely different things regarding the Dybala situation.

Di Marzio – who is the expert on Italian transfer market news – claims that the Dybala – Lukaku swap is off and that’s that. However, some other media outlets are still claiming that Dybala changed his mind after realizing he is not needed at Juventus.

Nothing right now actually backs up that second story…

Inter Optimistic About Lukaku… For Some Reason

With Romelu Lukaku not joining Juventus, Inter Milan reportedly once again believe they can get the Belgian from Man United. The Times are reporting Inter are ready to pay 54 million pounds in cash, 31 less than the reported asking price of 85 million pounds. Whether that is true remains to be seen and if so, Inter really are far from meeting the asking price, but Nerrazzuri might be hoping for some late swoop. With Lukaku training at Anderlecht, Man United might give in and slightly lower the asking price, just to make sure the striker is sold after a non-existent pre-season.