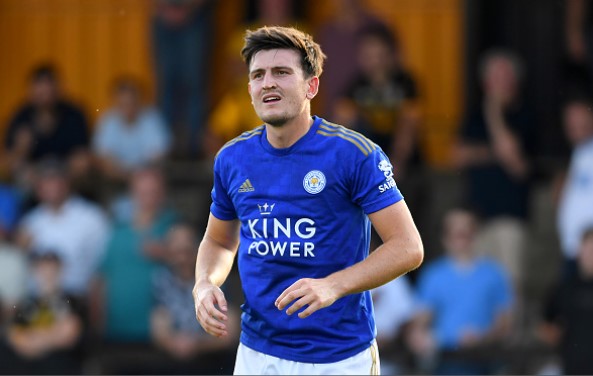 Maguire To Be Compared With Van Dijk

Harry Maguire is the new Manchester United player! It has been officially confirmed, at last, that Maguire is the new record holder for the most expensive defender ever. Man United have paid 80 million pounds for the England international, five more than Liverpool paid for Virgil Van Dijk just 18 months ago. Therefore, with the two fierce rivals signing centre-backs for enormous sums of money, it is only natural that the two of them will be constantly compared.

Even before Maguire has ever played for United, he has been constantly put in the same sentence with the Dutch defender. That is to be expected. That is why everyone will be evaluating Maguire not only on his performances, but also on what Van Dijk achieved at Liverpool. Such claim might seem unfair, but that is how it is.

Everyone is currently talking about the transfer fee United have paid to get him. If his transfer truly works out, no one will remember anymore, in the same way no one cares about the 75 million Liverpool spent on Van Dijk. He delivered in a glorious manner and today would be worth probably twice as much. Should Maguire do something similar at Old Trafford, it will be the same case, but then again, that is a big question we are asking now.

The reason why it would much easier for Maguire not to have the impact on United the way Van Dijk had on Liverpool is because the two players joined their teams at vastly different points for the clubs. Liverpool were already a very strong, settled side, that was on the rise and with Van Dijk in the backline, everyone around him improved. Only Alisson was another truly necessary player in that team for them to challenge for Premier League and win the Champions League.

Maguire is coming into a more chaotic side, where planning the squad building is not anyone’s forte, especially not Ed Woodward’s. He might be prove what he is – a very good player – but in a less settled environment that could easily not be enough for the Devils.

Romelu Lukaku trained with his former club Anderlecht today. It was a surprise to see in the media, but the Belgian striker is not training with Manchester United even now when the chances of his Juventus move are virtually gone. It was reported that he trains with Anderlecht until his situation about a move away from Old Trafford is all figured out – and Inter Milan are reportedly ready to make a new offer for Lukaku.

Greenwood Waiting For A Chance

All of that means that the chances of Lukaku’s stay are decreasing, which would be great news for Mason Greenwood. The 17-year-old could make an important step up at Man United this coming season if Lukaku leaves and the Devils do not replace him properly. With no out-and-out strikers at the club and Martial, Rashford and Sanchez all competing for that place, Greenwood could get his chances after a strong pre-season.

His ability to play on either flank could be used in both 4-3-3 and 4-2-3-1 formations, giving Ole Gunnar Solskjaer some new options that maybe would not have been considered before.