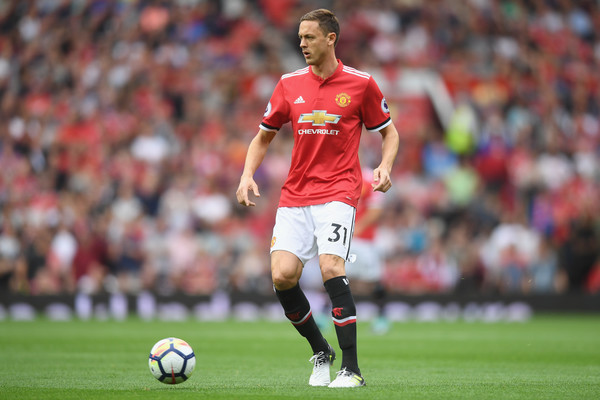 What About Midfield Replacements?

Manchester United have lost two central midfielders in the past six months. On the first day of February, Marouane Fellaini left the club and moved to Chinese club Shandong Luneng. It was a much expected move, as many expected the tall Belgian to leave earlier, if it were not for Jose Mourinho who did not want him out. But since then, Ander Herrera lost as well. Man United did not get anything from that either, as the Spaniard left as a free agent to Paris Saint-Germain, much improving his salary and getting a huge signing bonus. So, who are the players replacing the duo?

Well, there are not any. At least not for now. Nemanja Matic, Paul Pogba and Fred were all at the club at the start of the last season, Scott McTominay continued his progress in the pecking order, whilst Andreas Pereira still has not proven that he is the potential great midfielder that many have thought of him when he played for Brazil’s Under-20 team at the World Cup in New Zealand four years ago.

So far, Man United have not signed anyone since they left and that leaves a lot of problems for Man United. As we will talk more about it below, Nemanja Matic is not the player he used to be and signing one central midfielder might not even do the trick to the wanted extent. As the club Man United are and strive to be, that is not good enough. Replacing players is a necessity, but not just that, it is also something that needs meticulous planning.

What To Expect From Nemanja Matic?

This season is expected to give us a more definitive answer about Nemanja Matic and his place at this club. The Serbian midfielder will be coming off of a poor season for the Devils, his first poor season at Premier League since returning to England from Benfica several years ago.

So this season should tell us whether Matic can return to his better days or whether his decline after entering thirties will continue. Matic had a long 2017-18 season that ended with a World Cup campaign. It not only prolonged his much needed rest, but it also concluded with some smaller, returning injuries. All of that accumulation did not help him at all. Combined with Man United’s poor campaign, Matic had some truly poor moments. So, what should we expect of him this time?

Matic now has a full rest before the start of the season and also a full pre-season. That might help him in some ways, but his declining pace will be hard to recover in a such a unique position that defensive midfield is. With Man United not having many options in midfield, Matic will be expected to play regularly and he might need to do that in a double pivot. That would require a 4-2-3-1 formation or something similar. If, rather, playing in a 4-3-3, Matic would be more isolated. With United expected to play a more aggressive, high pressing game, that would leave him even more vulnerable.

For now, central midfield, for various reasons we have mentioned in this article, remains vulnerable. Matic will be under heavy pressure from media and fans should his performances continue to decline. However, the responsibility for many of the issues should lay with others at the club, as well.