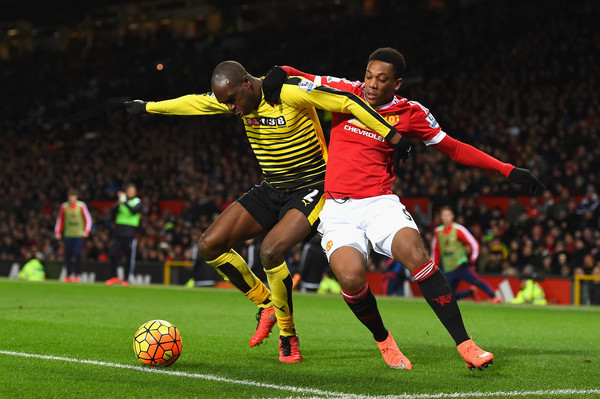 Ah… Finally! It’s back. Premier League returns and with it Manchester United. The Red Devils have had a fortnight-long break, which they very much needed after a straining period of playing on three fronts. After consecutive losses to Arsenal in the league and Wolves in the FA Cup, the break came at the perfect time. Now it will be up to Ole Gunnar Solskjaer and his team to return back to the winning ways.

And that could start right away this Saturday. Man United will be hosting Watford, a very interesting team this season, led by the Spaniard Javi Gracia.

Can Watford Play In Europe Next Season?

No one really expected this season to see Watford genuinely fighting for the Europa League places. Some even expected to see them in a relegation battle, but it has been a complete opposite. Javi Gracia made this team into a very interesting side that always seems resolute, playing in their unique 4-2-2-2 formation. Usually, the story with Watford would go to win as many points as soon as possible and then ease off in the second half of the season, being uninterested in everything and everyone around them.

That was the expectation most people had when Watford started incredibly well in August and September, but they never eased off. They are currently eighth in the league, just behind Wolves. To answer the big question from above – yes, Watford can do it. And to make it even better – they can do it in two different ways.

First would be for them to win the FA Cup, first beating Wolves and then Man City or Brighton in the final. The other one would be to finish seventh in the league, something that is truly realistic at this point, but then Man City would have to be the team winning the FA Cup. The difference would be a trophy in the cabinet and later start in the competition, but Hornets could truly play in Europe next season.

Watford have not lost a match to a team outside of the top six clubs since the first day of December 2018! It has been almost full four months since then (as Watford this weekend play a top six team) and their only losses came against City, Spurs, Liverpool and Chelsea, which just shows how resilient they have been against sides around their or below their level.

Watford have been quite efficient to get to eighth place with a -2 goal difference and 12 wins and 11 losses, too.

In this team, Troy Deeney is still the undisputable leader, not just in terms of personality, but on-the-pitch performances as well. He is team’s top scorer with eight goals and has five assists – only Abdoulaye Doucoure and Jose Holebas have more assists than him in this Watford team.

Andre Gray has been prolific as well, he scored just five goals, but bear in mind he only had nine starts in Premier League this season, spending mere 920 minutes on the pitch.