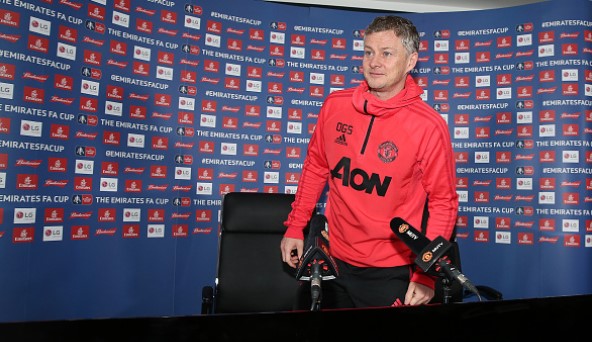 Manchester United continue beating every team in front of them! After seven consecutive wins, the eighth one came against Arsenal. Ole Gunnar Solskjaer and his team have managed to come back from London with another confident victory, making it to the fifth round of the FA Cup.

The Devils won 3-1, after great performances from Romelu Lukaku and Alexis Sanchez, the two footballers which have looked almost lost under Jose Mourinho in the last months of his tenure. Maybe that is a great indicator of everything good Solskjaer has managed to do at United in a short period of time.

The first stat that shows you just how different United have been under Solskjaer is the number of goals. In the eight matches since his arrival, Man United have scored 22 goals. Jose Mourinho’s United scored 23 goals in his last 14 matches at the club, which stretches back to the 3-2 win over Newcastle, which was a period of 70 days.

Man United managed since to score more than a goal in each except for the one match against Spurs, averaging 2.75 goals in the process. In those 14 matches United played under Mourinho, the average was just 1.64 goals per match. That is a telling stat.

Manchester United had seven losses in all competitions between the start of the season and Mourinho’s departure. The match against Derby County is not even included, as that was a loss after the penalties and it counts as a draw.

Solskjaer has managed to make this team play much more flamboyantly and the attacking players are freed of defensive duties. All the players behind them work hard to enable them more security to be able to play in attack. And that led to this United team not losing for a single minute since Solskjaer is at the helm.

In each of the matches, they were the first ones to earn the lead and as they never conceded two goals in a single match, it is easy to conclude that they were never in a losing position during these eight matches. Most of the goals were even conceded when United had 2-0 or 3-0 and similarly, they should continue against Burnley

Manchester United won both matches in North London in the span of these eight matches. They want to both Wembley and Emirates and got back with four goals scored and just one conceded. United did win 3-1 at Emirates in the league last season as well, but this is an evolving team now. Also, the way they played against Spurs for the most of the match was a great sign of big improvement of the whole squad.

Month And A Half Of Fun

Manchester United have not lost a match since the beating against Liverpool, in Mourinho’s last match. That was on 16 December and there were already a month and ten days since the Devils were defeated. That will stretch for at least another three days, with the match against Clarets coming up, but if they do not lose that either, it will be over a month and a half that there were no losses. Even better, it could easily be a month and a half of just winning all the time and Man United fans certainly are having a great time right now.