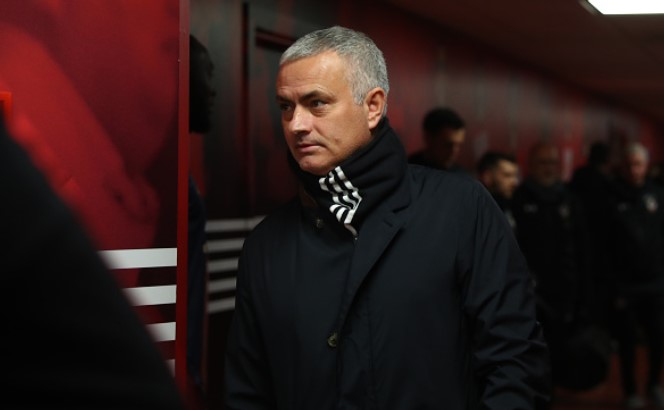 Manchester United signed off this terrible week with an emphatic loss to Liverpool at Anfield. After an easy defeat in Valencia, the Devils lost again, as Liverpool controlled the affair and won comfortably, 3-1.

It was a match where right from the start it looked like the hosts are going to win it. Liverpool swarmed in attack and Man United looked right from the off as if they were defending a 1-0 lead deep into the stoppage time. Sadio Mane scored the opener after a lovely chip from Fabinho, while Xherdan Shaqiri scored a brace of deflected shots in second half after Jesse Lingard was lucky enough to equalize after 33 minutes of play.

Top 4 Is Just A Dream Now

If there was any doubt prior to the match, now it has evaporated. Manchester United lost and find themselves 19 points behind the league leaders and 11 points behind Chelsea, the team that sits in fourth and last Champions League spot. We are midway through December and United do not have a positive goal-difference, while they have already conceded more league goals in the whole of last campaign.

Things are looking incredibly grim. There is probably no person believing Man United could get back in the game and fight for Champions League qualification. Against the fellow top 6 clubs, United won two out of 15 possible points, have won just half of their Old Trafford games and have conceded more than Huddersfield, currently 19th in standings. What now for United? Should the fans already look towards the summer of 2019, before we even got to that year?

Fabinho Shows All The Difference Between The Clubs

Fabinho played a brilliant game on Sunday. He controlled the match from a deep midfield position, always creating and finding his teammates in good positions. The Brazilian was the main ‘culprit’ for the opening goal, with a silky pass for Mane and looked like he was part of every Liverpool’s attack.

This game reminded us of the difference between Man United and Liverpool right now, as they were able to scout a player who fits their system perfectly and did not overpay for his services either. That is completely different to what United do with most of their signings and most relatable to Fabinho would be Fred. Even putting them in the same sentence right now seems odd.

Manchester United Showed Nothing At All

Liverpool had 36 shots, Manchester United had six. Liverpool created dozens of good chances, Man United did not create a single one. Even when  United scored and had a 1-1 at half-time, it was thoroughly undeserved, as Alisson was clumsy in goal to spill the ball towards Lingard. That was United’s second shot on target in the match and it remained the last one, even though there was still an hour to play.

Mourinho’s formation with three centre-backs brought nothing, wing-backs Dalot and Young could not do anything while the front three of Lingard, Rashford and Lukaku had combined seven touches in Liverpool’s box between them. A pathetic performance truly encapsulated the season of Manchester United.