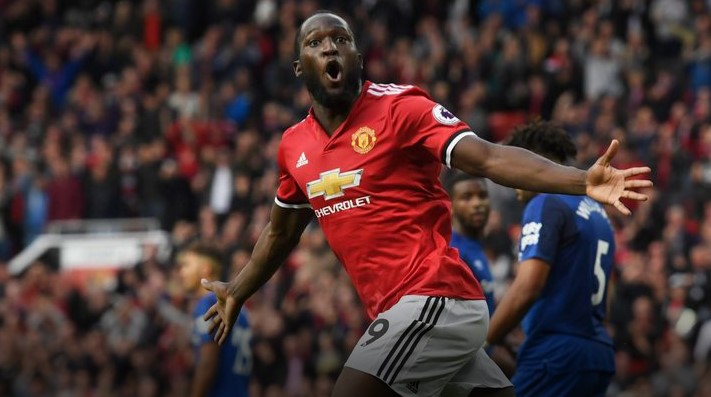 Romelu Lukaku’s season has not been great so far. The Belgian was expected to improve on his first season at the club, when he scored 21 goals in Premier League and Champions League combined. Lukaku had a good World Cup with Belgium and it could be down to fatigue that he is suffering in this first part of the campaign, but overall things are not looking rosy. That is why Jose Mourinho even benched him a couple of times this season.

So, let’s have a look at his numbers. They can sometimes be quite revealing and that is the case with Lukaku, too.

Shots And Goals – No Good

Without taking a deeper look at the numbers, you could have realized this too. It is simple – Lukaku has scored just four goals in Premier League and Champions League and that is not enough for a starting striker at Man United. But if we take a better look, we will see Lukaku is not just unlucky and many of his shots are being somehow saved by great keepers.

He has scored 0.34 goals per 90 minutes so far in these two competitions and that is bad. With just 2.27 shots per 90, Lukaku is far behind some of the top strikers in the league, but also in other leagues too. Top strikers simply shoot a lot more often and his shot volume should improve.

Lukaku’s Premier League expected goals of 4.40 basically where Lukaku is, as he scored four goals in the league. His average shot value is 0.22 xG, which is not bad, but it could also be better. The thing is, with greater shot volume, Lukaku might decrease his xG per shot, but making four or five shots per match would definitely benefit his goalscoring tally. Some of that is down to the player, but some of it is also down to the style of play of the whole team.

His shots are not particularly precise so far, as only 40 percent of them went on target. With 27 shots taken, his goal conversion ratio is just 14.81 percent. Getting to 20 percent would be a great start, but for that he has to be more clinical too.

Lukaku is a proper goalscorer and he will always be judged on the goals he is or is not scoring. But when a player is not producing goals, it is good to see if he is doing his work elsewhere, as Karim Benzema often did in the last three or four years at Real Madrid. And Lukaku has not been doing much.

He has just 0.92 key passes per 90, which is somewhat expected, and the number would probably rise if he was to play on the right wing, as we have seen him do for Belgium. Lukaku is making 0.76 successful dribbles per 90 with a success rate less than 50 percent and that is not great either, especially when he has to work to create chances for himself.

However, the biggest concern has to be Rom’s passing. He has just 69.23 percent successful passes and that is not just bad, that is terrible. If he was trying to create chances for his teammates from some very tough situations, than his lower passing numbers would be somewhat expected. But considering what type of job he is doing on the pitch, Lukaku is far behind other strikers in this department.