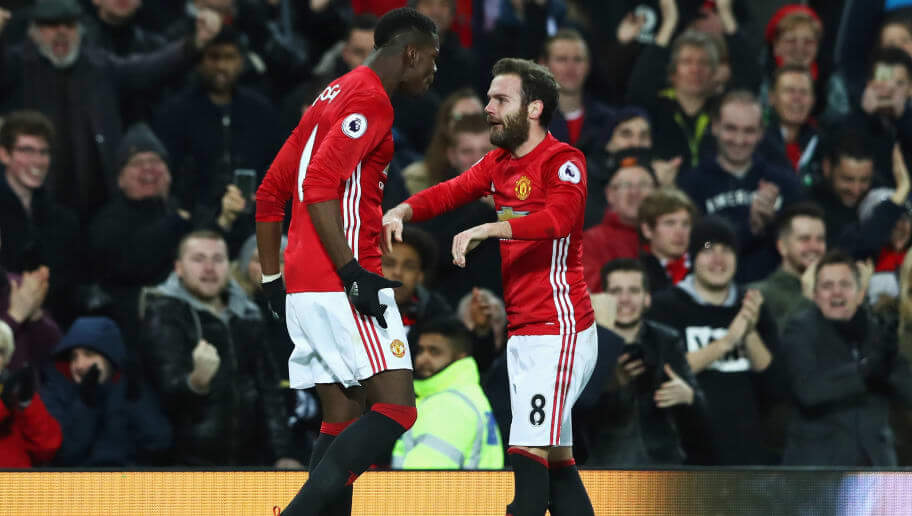 Manchester United were far from thrilling on Tuesday night, but they managed to beat Young Boys with a stoppage time winner from Marouane Fellaini. That, along with Juventus’ 1-0 win over Valencia, meant Man United have qualified to the round of 16 of the UEFA Champions League.

So, what this means for the remainder of the season for Jose Mourinho and his team? What is next that awaits the Devils once the February matches actually come along?

Could Manchester United Finish Top Of Their Group?

In a word – yes. Manchester United could still finish top of their group. Juventus have 12 points from five matches, while United have 10. In the last round, the Devils will travel to Valencia, while Juventus will play Young Boys.

Therefore, it is very unlikely to see this happen, as Juventus will definitely have to play a weaker opponent. But, the good news here is that Man United do not need to have more points than the Italian champions in order to finish above them. The rules state that teams with same number of points are being sorted by their head-to-head rather than goal-difference and United do have advantage here.

Losing 1-0 at Old Trafford to Juventus was not great, but a 2-1 win in Turin means the Devils have scored more away goals. Therefore, a shocking draw between Young Boys and Juventus would be enough, if United beat Valencia, that is.

Who Could Be Man United’s Rival In Round Of 16?

If Manchester United finish second – which seems more plausible now – they could only meet the first-placed teams. In Group A, that will most likely be Atletico Madrid, while Barcelona is safe at the top of Group B. The next group is where things get tricky, as mathematically all teams between Napoli, PSG and Liverpool could finish first, but the biggest chances are with the Italian and French side.

Group D will be the one where things are the easiest, as Porto have won that group, while Schalke has secured the second spot. In Group E, we could still get two different teams at the top, as Ajax are two points behind Bayern and if they beat them in Amsterdam, they will finish above the Bavarian side. Man City are expected to win Group F, but they cannot be drawn as the English team, while Real Madrid is safe at the top of Group G.

Not many easy opponents, it would seem.

It might look like two and a half months from now is far from us, but Man United need to start their preparations for that period right now. We talked here last year about preparing on time for Sevilla and that did not end well, so things should definitely be different this year.

That would be by improving the team on the pitch, but also off the pitch. January transfer window could prove to be crucial, especially if players with true quality are brought in. However, the manager also needs to get more out of this group of players if Man United are to truly challenge for the quarterfinals.