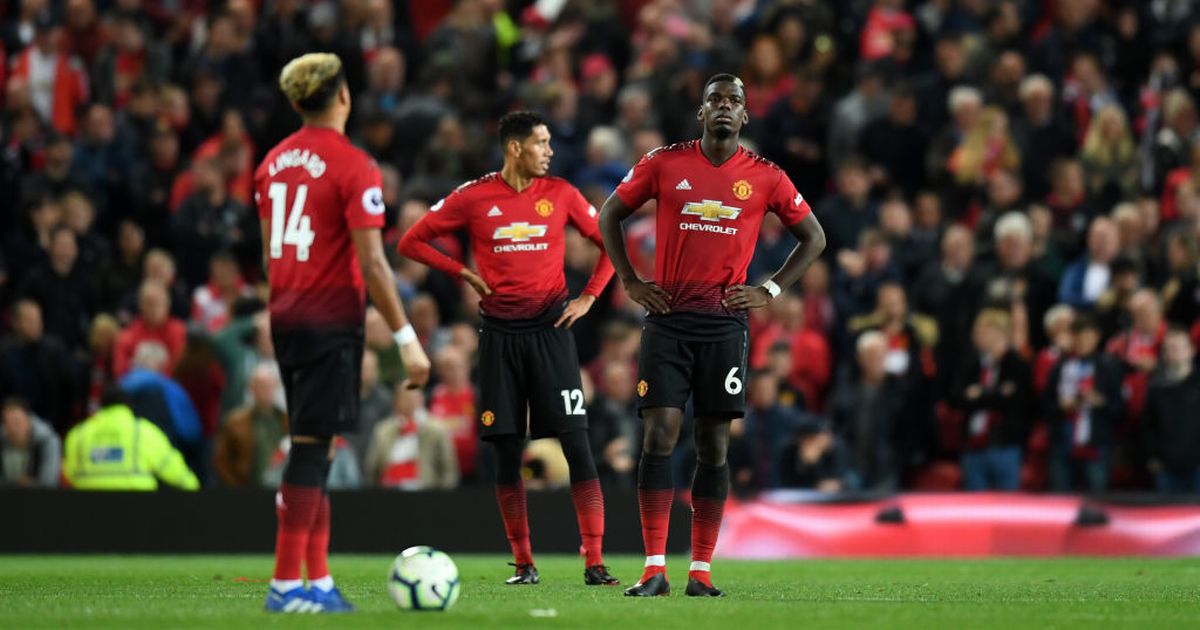 Manchester United continue their poor form and their worst start in the last 28 years. A 0-0 draw against Crystal Palace at Old Trafford was as dull as it sounds and another two points lost is something Jose Mourinho should be even more worried about, if that is possible at all.

Because Man United’s goalless draw was not even surprise, and that also happened just a day after Mourinho’s quotes talking about expecting his team to be in top four of the Premier League table by the end of 2018. After the blanks against Palace, United are now seven points behind the fourth and even that is down to Chelsea and Tottenham playing each other.

There was a point this season where it was looking like Manchester United could be improving. They started winning some matches and also had a couple of decent performances and suddenly, everyone were expecting this side to continue growing and improving with the confidence they would gain.

But that did not happen. Unsurprisingly, Man City had no troubles beating them and now Crystal Palace did not have much trouble getting a point back to London. This match was another example of everything Jose Mourinho has not managed to improve. The team is still sluggish and incoherent in their attacking movements. There is a, now usual, sloppiness and boredom while watching the Devils, similarly to the late Louis Van Gaal era.

Palace were comfortable throughout. Man United had five shots on target, but Hennessey had maybe one great chance to save. United’s chance creation is still appalling and in such circumstances, it is obvious why smaller sides are not terrified of coming to Old Trafford or even playing Man United.

The fear factor is long gone and for a good reason. Romelu Lukaku has been terrible once again, looking like surplus in this system, as there is nothing he is currently offering. Anthony Martial was easily negated by the this year stellar Aaron Wan-Bissaka and Luka Milivojevic commanded Palace’s midfield in a way no Man United player does on the opposing side.

They were always going to struggle to score against United, but at the other end it was exactly as we said it could be. They were disciplined and thorough in their approach and this point will give them a great confidence boost in a potential relegation battle.

Lingard Shows What He Can Offer

Jesse Lingard was not always in great form at Man United this season, but based on his last campaign, the World Cup and everything he does for the national team, it is easy to point out why it is so great to watch him. He possesses a proper footballing intelligence, especially when it is about reading the space.

Lingard did that perfectly once again and his speed, movements and skills set make him entertaining to watch whenever he is near the ball. That was the case in this match too and Jose Mourinho could truly learn from Gareth Southgate and his use of Lingard in a coherent system.