Ander Herrera has been the latest man to get linked with a potential exit from Manchester United. Per Metro, his departure could come as soon as during the January transfer window. The main reason would be the fact that the talks of a new deal at Manchester United have stalled.

Usually rumours like this should be worrisome. However, should Manchester United be concerned at all? Let’s analyse his current situation with the team, his upside within the squad, and then we can make an informed decision.

Sure, Ander has been with the team for five years now, and has emerged as one of the leaders on the squad. But he doesn’t really produce much out there; at the very least he has not done enough to become a full-time starter. The Spaniard seems to be way down on Jose Mourinho’s pecking order at the moment. With Nemanja Matic, Fred and Paul Pogba as starters, it seems Ander will fight – at best – with Marouane Fellaini to be a reliable alternative off the bench.

Ander is not “a regular player”, though. His leadership skills as well known in the squad, and several pundits have said he has all the traits needed to eventually become Manchester United’s captain. Plus, he is in his fifth season with the team. He already won titles such as the UEFA Europa League, the FA Cup, and the EFL Cup with The Red Devils. He might not be a starter, but he is well-liked within the team. And trust me – few teams in the world can say they have a midfielder as talented as Herrera as a backup alternative.

Does he have any future with the team?

This is where things get tricky. The Spaniard is in the last year of his current contract, and Manchester United need to act quickly. If both parties do not agree to a new deal by January 1st, then Ander would be free to sign a pre-contract with any club overseas. Teams such as FC Barcelona and Atletico Madrid have been interested in him in the past, and we know Athletic Bilbao would love to have him back as well.

Therefore, the Board – and Mourinho – must decide what they want. Do they want to keep Ander for another year, similar to what they did with Fellaini? Or do they want to let him leave and not make a big deal about it? Ander has a decent history with the team, though. He has racked up 163 appearances in all competitions, scoring seventeen goals. Plus, he was Manchester United’s Player Of The Year in 2016-17.

Teams just don’t let go players like him for free. Especially if you can get something out for him on a potential transfer.

The jury is still out in Herrera. If he plays like he did last season, he could struggle to gain consistent playing time. But if he reverts to his 2016 form, then Manchester United should extend him as soon as possible. The next few months will be key to determine his future, and the club must be smart. Losing such an experienced player could create problems with the squad and would shorten the depth of the side. Those are two things Mourinho does not want. 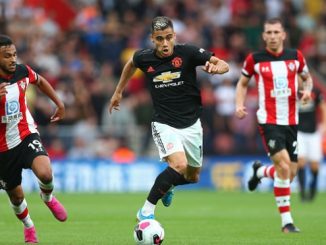 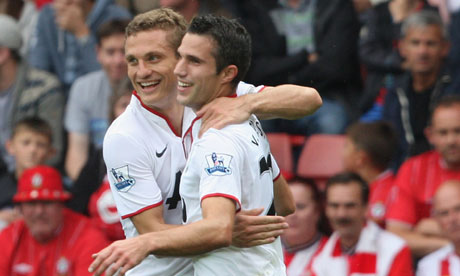