The rumours are not stopping. Manchester United are reportedly very close to signing Alexis Sanchez in the coming days. If The Guardian, The Telegraph, Di Marzio and Sky Sports are to be believed, the Devils have agreed the terms with the Chilean footballer and he could become the new Manchester United player some time next week.

There are some slightly differing messages, with some outlets saying Man United are “just” frontrunners in this “race” and are favourites to sign the Arsenal man. Some others are saying it is only needed now for the two clubs to make deal among themselves, as the player and United have made an agreement.

Alexis Sanchez situation could be resolved in next 48 hours, reveals Arsene Wenger

But if that is the case, what would Alexis Sanchez bring to Manchester United. We know he is a brilliant footballer, a real leader that was born for winning things. He has been a winner with Barcelona at club level and with Chile at international stage. But what are his numbers saying about the previous years and previous seasons? How would that fit to Manchester United?

Alexis Sanchez Is Not Enjoying His Best Season So Far

This is an obvious one. Alexis Sanchez has not been this season the man he was in previous years. Yet, that was maybe just slightly expected. For a player entering his final year of the contract, and for a player that did not want to be at the club at which he was, it was slightly expected not to push himself as hard as he could. Maybe there were some hunger issues, as he knew he would not stay at Arsenal for long.

Maybe it sounds a bit unprofessional, but players look after themselves first and then after everything else. Which is normal. Alexis is 29 and this might be his final big contract, and if we know he will be signing as a player who is close to running his contract out, it could really be the biggest contract of his career. Sanchez scored seven goals and assisted another three in 1508 minutes (16.75 full matches). That is 0.60 goals+assists per 90 minutes, not the very best type of accomplishment.

A Deeper Look At Sanchez’s Numbers

Sanchez has been making 4.1 shots per 90 minutes, but has scored only seven goals. This means his goal conversion rate is around 10 percent (seven goals from 69 shots). This is because he is not getting into right chances, shooting far too often from further away. After all, 35 of his 69 shots have come from outside of the box (basically 50 percent). That is too much and should he come to United, Jose Mourinho should get his focus on getting into real chances, without wasting too many possessions.

Sanchez looked frustrated on the pitch, playing alongside players which are not of his quality. He did not look happy very often and that must have made a difference regarding his numbers. Being dispossessed 2.9 times per 90 is very poor for any player, let alone Alexis. Yet, he has still been creative and making things happen around him.

Alexis has been creating three chances per 90 minutes for his team-mates, so his total of three assists is unlikely low. That could be because of his Arsenal team-mates not converting enough chances. However, 2.4 dribbles per 90, with a success rate of around 75% is very good and will be of much use to Manchester United, should the Chilean star sign for the Devils. 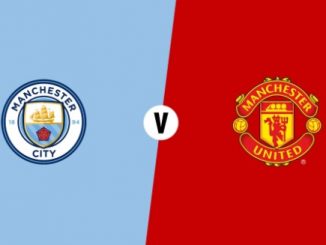 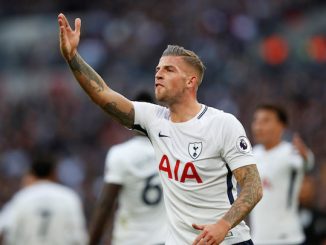 Why Would The Arrival Of Toby Alderweireld Be Such A Big Deal For Manchester United?