Manchester United are coming off an impressive Premier League debut, and there is no question they will try to start a winning streak this Saturday morning when they travel to Wales to take on Swansea City. The game kicks off at 12:30 BST, and will be played at Liberty Stadium. Jon Moss will be the referee.

Swansea fought against relegation during the majority of the past season, but the arrival of Paul Clement proved to be vital for the Welsh side. A solid run of form during the second half of the campaign allowed them to stay in the EPL for another year, and now Paul Clement will undergo their first full season with the club. Among Clement’s notable performances last season we can find a win over Liverpool at Anfield Road, and a run of four wins in the last five matches that allowed them to avoid relegation with one match to spare.

They are still looking for their first win of the campaign, and also their first goal. The Swans are coming off a scoreless draw against Southampton at St Mary’s Stadium. And this is not the same Swansea of last season, either. Fernando Llorente will miss the game due to a broken arm, and they also lost one of their best players after Gylfi Sigurdsson departed to join Everton.

Llorente is not the only player missing for Swansea ahead of this game, though. Midfielders Ki Sung-Yeung and Nathan Dyer are also injured, and Leon Britton is doubtful with a back strain. In case the captain can’t start, then Roque Mesa will take his place.

As mentioned above, the game will be played in Liberty Stadium. United won 3-1 on Welsh soil last season (thanks to a magnificent volley from Paul Pogba and a brace from Zlatan Ibrahimovic).

Since Swansea changed their name to the current one, United have played eight times at Liberty Stadium. The club’s all-time record in the venue is 3W 2D 3L. And their overall record against Swansea shows 13W 6D 10L.

Jose Mourinho could have a fully fit squad at his disposal to choose from for the second straight game. It is worth noting that the injured trio of Luke Shaw, Ashley Young and Marcos Rojo continue their recoveries, but there are positive news on that aspect as well. During Friday’s press conference, Jose Mourinho confirmed that both Shaw and Young are set to return from their ailments, and could be in the squad next weekend if they feature for the club’s U-23 side successfully.

United are not expected to modify the starting XI that won against West Ham 4-0 last week. 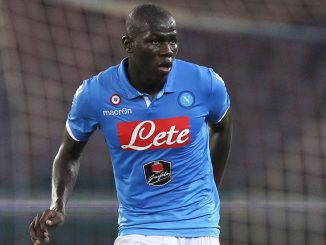