He is back. Whether you buy into the cringeworthy #Pogback tag or some marketing guff from Adidas around “first never follows” – it doesn’t matter, Paul Pogba has signed for Manchester United and becomes the most expensive player in football’s history. This summer’s most anticipated transfer finally came to a conclusion very early this morning, although the leaked photo of Pogba’s massive grin with the laundry ladies was a superb reminder of what happens behind the scenes, rather than a mundane Instagram post by a sponsor. Gone are the days of a big haired Bryan Robson signing a contract in the middle of Old Trafford on an old table, quickly snatched from the Quadrant pub following a meat raffle – but this innocent snap was a nice reminder.

This transfer fully establishes Manchester United in amongst the elite – even without Champions League football – and Pogba can become a true great at Old Trafford.

I know what you are thinking. How can a club be back amongst the elite when they aren’t evening competing within the Champions League? Very true. Pogba’s arrival sends out a strong message to the likes of Real Madrid, Bayern Munich and all domestic rivals – no messing around now, Jose Mourinho and co are here – we’ll see you next season. United’s summer dealings have been excellent. The once Titanic-esque captaining of Fergie/Gill’s steady ship by Edward Woodward is all in the past, with the United vice-chairman obtaining the signatures of the four players outlined by Mourinho earlier in the summer. Long gone are the late transfer deadline day dealings, which saw Marouane Fellaini come in for £3million more than what United could have paid two months earlier. Mourinho has spoken. Woodward has acted. United are ready.

The fee is enormous. Its massive. Paul Scholes has gone on record to state that the type of fee should only be reserved for the likes of Lionel Messi or Cristiano Ronaldo, however – this surely is a marker for the club that everyone will take note of. United have smashed the transfer record for a top class midfielder, who will go on to be even better than what he has showcased in his four seasons in Turin with Juventus – considering his age. Pogba was contracted to the Old Lady until 2019, United wanted the player now – so the astronomical fee was agreed. Isn’t it better to spend money on talent rather than going into the Glazer’s back pocket?

So what for this season? United will be challenging for the title – due to the money spent, that is a requirement. Without the distraction of the Champions League, United can fully focus on the Premier League title and an automatic return to Europe’s top competition next term. Zlatan Ibrahimovic was made for Manchester United and the only regret is that he hadn’t moved earlier in his career. Henrikh Mkhitarayan was named in the Bundesliga team of the year for 2015/16 and many United fans are looking forward to seeing the Armenian in action – with many hoping he is deployed as a number ten in place of club captain – Wayne Rooney. Lastly, Eric Bailly – who was voted man of the match in the Community Shield on Sunday, looks a real prospect at centre half and will be an ideal partner for Chris Smalling this season. Luke Shaw is like a new signing, whilst Jesse Lingard and Marcus Rashford will continue to knock on the door for a first team start. With these new signings, players coming back from injury and developing youngsters – Pogba is the final piece of the puzzle following the barren years that followed Sir Alex Ferguson’s retirement in 2013.

It was a travesty that Pogba left United in 2012, considering the talent he quite clearly possessed when playing for the youth team. The Frenchman left due to lack of first team opportunities and cites the 3-2 defeat against Blackburn Rovers on New Years Eve 2011 and the return of Paul Scholes, two defining moments that helped him make up his mind. Having said that, it is also a travesty that Ravel Morrison, who was a teammate of Pogba in the 2011 FA Youth Cup win, didn’t fulfil his immense potential whilst at the club – sometimes, things don’t work out as you expect them, or would like them to. The most important point is that Pogba is back at Old Trafford and United can look forward to his creativity, passing range and reading of the game for many years to come. Much is made of the huge transfer fee for a player who was once at the club, however – as mentioned earlier, as fans you want to see the money spent on footballers rather than being banked by the owners.

Throughout time, rival fans have scoffed at the fees being spent on players. Trevor Francis cost a whopping £1million for Nottingham Forest in 1979, whereas closer to home – Roy Keane broke the British transfer record in 1993 for a cool £3.75million. Twelve months later, United fans were wide eyed and opened mouthed at the fee Blackburn Rovers paid for Chris Sutton – £5million (to Norwich City). We can look throughout period of the last thirty years when you are simply bamboozled by the fees being forked out for players. Denilson for £22million in 1998, Christian Vieri for £38million in 1999 and £63million for James Rodríguez in 2014 – you can argue were all completely overpriced and in the Brazilian’s case was a complete waste of money. Pogba is an exciting talent and is overpriced at £89million, but United fans really shouldn’t care – the team is transforming for the better under Jose Mourinho and confusion under David Moyes and negativity under Louis van Gaal are a thing of the past.

So what can Pogba achieve at United in his first season? To start with, if Mourinho does play his 4-2-3-1 formation, the Frenchman will need to build a good understanding alongside Morgan Schneiderlin, Michael Carrick or Ander Herrera (following Marouane Fellaini’s howler on Sunday, Mourinho may look to deploy the Beligan elsewhere) and ensure he masters the role of the deep lying midfielder. If Mourinho opts for a 4-3-3 – Pogba will excel in a free role running from midfield beyond the attack, however – it will depend on the opposition. Fans will expect goals from midfield whilst mustering up double figure assists. There is no reason as to why come May, United cannot be crowned Champions of England – with Pogba playing a pivotal role. He is back. 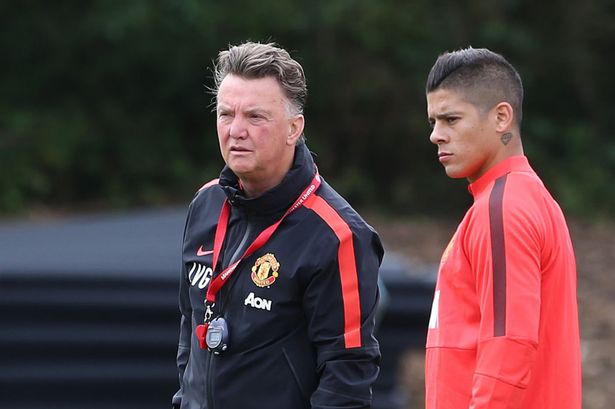 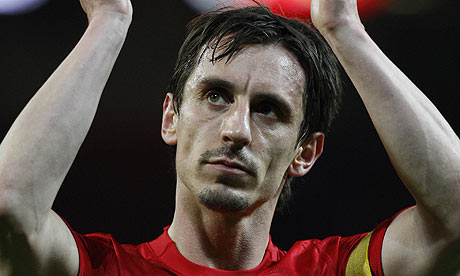 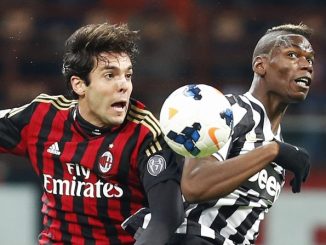