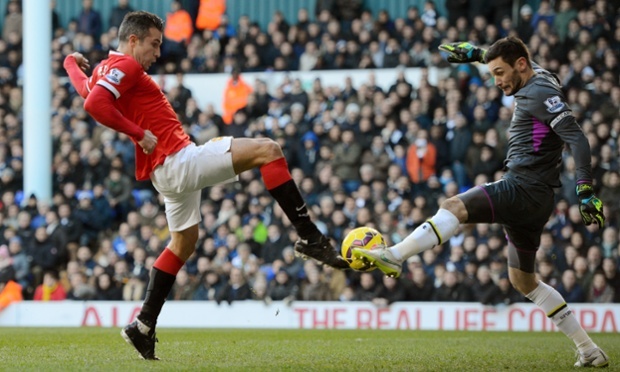 For the third season in a row, Manchester United can’t nick a win at White Hart Lane. The unbeaten run at Tottenham Hotspur’s home ground remains in tact but Mauricio Pochettino’s men have become somewhat of a bogie team for the reds. Entertaining though it was, either team could have conceivably won or lost so it was only fitting that neither did.

With United’s first unchanged Premier League line-up since late 2012, Louis van Gaal finally had the opportunity to let his squad stand on its own twenty-two legs with a consistent run of play. In typical fashion, Valencia had to go off with a mild injury, but this was a major stepping stone for the club. Finally, stability is just around the corner.

Battle of the goalkeepers

Nobody hates listening to the media gush over David de Gea like Spurs fans. They may have a point, too: Hugo Lloris is a world class goalkeeper who has gone under the radar this season whilst De Gea and Thibaut Courtois steal the headlines.

Case in point: this game, where the French keeper kept out three fantastic chances from United. The first saw Robin van Persie linger a little too long in taking down the ball with pinpoint accuracy and running into a Lloris-shaped wall. The second was a bullet header from a late Wayne Rooney run, just minutes later. The third came even more quickly, a curled shot from Ashley Young that was heading into the top corner of the net were it nor for Lloris’ fingertips. As the first half ended, the Spurs shotstopper could feel more annoyed with his defense than his opposing number.

Naturally, the second half swung more the other way, with De Gea showing his prowess against the likes of Andros Townsend. Neither team conceded a goal, with both keepers to thank. Who shone brightest in the end? Perhaps this time around, it was Lloris who saved his team’s blushes. A clean sheet is a clean sheet though, the sixth of Big Dave’s season and one more than his Spurs rival.

RVP fails to convince again, but is it Falcao running out of time?

It feels like a regular occurrence to browbeat Van Persie over his continuing lack ill-fit into the team. A goal here or there may ultimate prove to be my undoing in this argument but it stands to reason that other players may be suited better to the overall structure of the squad being formed by Van Gaal.

As it is the holiday season though, I will give the Dutchman a reprieve for it is another striker who may soon find himself outcast. Radamel Falcao is a superstar who could be considered to be one of the finest scorers in the entire game. As of yet, he has fallen amongst the feathers and is becoming more and more of a non-entity whilst Rooney and Mata thrive in front of goal.

Sure, the assist for Rooney against Newcastle was a moment of selfless brilliance but it was a rare occurrence and Adnan Januzaj has to be asking himself why he’s doing so little when Falcao is given the opportunities that simply aren’t being repaid.

As the Columbian striker is a loanee, he may soon return to Monaco and pick up where he left off without blemish. Should he wish to continue to play a part in United’s top 4 push for the rest of the season though, he will have to pick up his game quickly. When newly-positioned Wayne Rooney is banging the goals in, change has to be considered. Robin has proven himself long enough at United for us to know that he at least wants to be here and can deliver when the pressure is on. If Falcao doesn’t prove himself now, the whole exercise could be considered a complete waste of time for everyone involved.

What of Valencia and Young?

Nobody was happier to see Rafael and Luke Shaw back on the pitch, particularly the manager who doesn’t seem to be interested in the former’s style. Bringing both back into the fold does at least provide the club with its strongest wing back pairing and some necessary strength on the bench.

It does feel a bit of a shame though, considering how far Ashley Young has come since LvG arrived. Both he and Tony V were figures of ridicule last season, derided for their limited play and inability to hit a barn door from any given cross into the box. Yet, moved into their new positions, both have been given a new lease of life and Young in particular has become an integral member of the team both at the back and up top.

Now that their services are surplus to requirement, it will be interesting to see what happens to them barring any further injuries. Valencia had a fine game earlier in the season, moving into central midfield with blistering runs through the middle, but Phil Jones has proven equally willing to power through from defence. Young could play either side of the pitch but I wouldn’t take Rafael out of the picture for anything, even if Van Gaal isn’t entirely sold yet.

Whatever happens, their contributions to the first half of the season cannot be understated. It’s a good feeling to be able to look at the substitutes on the bench and know that the Ashley Young of 2014 is ready to come on at a moments notice, without the feeling of dread that was so common in 2013. I don’t wish injuries on anyone, but if luck should befall Young then I don’t think we should begrudge him too much for sliding back into the squad. It’s the least he would deserve.

After the first 19 games, what have we learned?

– Perhaps Wayne Rooney was the correct choice for captain after all. Determined, playing well and seemingly taking his responsibilities seriously. For all of his faults, his run this season has been a huge positive mark on his CV.

– Michael Carrick is the single most important player in the team. Undefeated since his return? Take it to the bank.

– Maybe the club should have given Paul Scholes a bit more time in front of the camera. He used to be so shy and quiet; now there isn’t a pundit job he won’t take.

– Anderson has photos of Ed Woodward, a stripper and a glass table. That’s literally the only reason I can think of to explain why he’s still employed.

– When all else fails, always trust your goalkeeper.

Anything else? Leave them in the comments section below.

The reds’ next game is away at Stoke City on New Year’s Day. 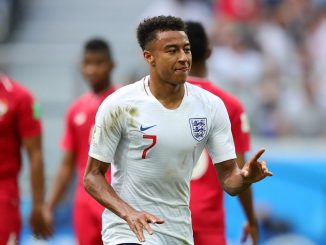 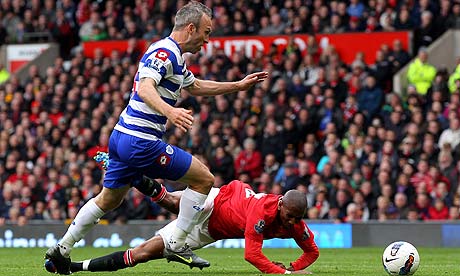