Manchester United have appointed Dutchman Louis van Gaal as the new manager of the club.

It wasn’t the best kept secret, but today – Manchester United announced that Louis van Gaal will be the new manager of the club from the 2014/15 season having signed a three year deal. The Dutchman, currently preparing for the World Cup 2014 in Brazil with his homeland, will be ready to take over at the club in July and there have already been a number of big names linked – Luke Shaw, Mats Hummels and Kevin Strootman just a few.

Van Gaal is welcome appointment to many Manchester United fans following the disastrous David Moyes reign. He has won the Champions Leagues, domestic titles in different countries and plays open attacking football. Only Frank O’Farrell in the 70s managed United who wasn’t born in the UK- now United have got their Dutchman.

Ryan Giggs, who called time on his unbelievable career today, will take up the assistant managers post as the next era at Old Trafford begins. We caught up with Dutch football expert Peter McVitie, who writes over at http://benefoot.net/, who spoke about potential signings, the Ajax team of 94/95 and how is style of management differs from that of David Moyes. You can follow David on Twitter @PeterMcVitie.

1) David Moyes had a turbulent time at the club. Some Reds still feel he wasn’t given enough time with many believing he wasn’t the right man in the first place. How will Louis van Gaal’s style of management and footballing philosophy differ from that of the previous manager?

Van Gaal has a set style that he likes to play. His preferred system is a 4-3-3, which he will probably try to introduce to United, however he has become a bit more flexible in recent years. Regardless of the set formation, he will turn United into a team which will dominate possession and play a more fluid, attacking style. This is Van Gaal’s philosophy – attacking, passing-based football with technically good and intelligent players which makes for a rather entertaining team.

2) Tell us a bit about that Ajax team of 1994/95 and the evolution of Davids, Kluivert, George and Seedorf from youngsters to Champions of Europe. Should they have retained the title in 1996?

Van Gaal won the 1995 tournament with a bunch of kids, really. Patrick Kluivert was just 18 when he came on to score the winner, Clarence Seedorf was 19 but had been in the first team for a while already, Edgar Davids, 22, Marc Overmars, 22, Michael Reiziger, 22 and Nwankwo Kanu,18.

He won so much in that spell with Ajax, which was his first ever coaching job. He was only the second Ajax coach to win three consecutive league titles, following in the footsteps of the legendary Rinus Michels. He won the Dutch Cup, Johan Cruijff Schaal (Dutch Super Cup) three times, he took them to victory in the Champions League and the following season lost out on penalties, then lifted the Uefa Super Cup and the Intercontinental Cup. That’s an incredible achievement for anyone, let alone a coach in his first job and doing a lot of it with a very young team.

Maybe you can say they should have won it the second time, but it was incredibly close as Juve beat them on penalties, but of course it has so far been impossible for a team to retain the crown in the Champions League era.

3) Van Gaal has a reputation of being a hard task master and disciplinarian. Would you say this is a true reflection and which players will benefit from such an approach?

This is completely true. He is extremely demanding of players and, like any good coach, he expects complete commitment and dedication from his players at all times, however, he deals with those who don’t comply in a more severe way. Importantly, under Van Gaal, no player is more important than the team, the system and of course the coach. He can drop any player he wants and will do it any time he wants.

He will be great for a lot of young players at United, though, as he’ll keep them focused, help develop their technique and coach them properly.

4) Many believe United need a mass clear out in the summer. Which players can you see heading out the exit door at Old Trafford and also, which players do you think will be recruited by the Dutchman?

Van Gaal would love to have Kevin Strootman in the team. Honestly, United should never have allowed him to join Roma last summer in the first place, watching him at PSV it seemed clear he was the ideal midfielder United had been missing for some time and they should have been on top of that last summer. Now, with Strootman having played so well all season in his first season at Roma, the Giallorossi will not want to let him leave, furthermore, as they spent about €20 million on him, he’ll cost a lot of money and thirdly, he’s injured until late this year and that will affect the transfer a great deal. However, he attended one of Feyenoord’s matches with Van Gaal and Van Persie towards the end of the season and Van Gaal is a great admirer of both players and the feeling is mutual. If it’s possible to get Strootman, Van Gaal will do all he can and Strootman will be interested, but Roma will have a lot to say about it.

Beyond that, everyone else is looking at the Dutch players Van Gaal can bring – if he wants to go down that route, Jordy Clasie is a fantastic 22-year-old (who looks about nine) central midfielder who is absolutely superb. A real warrior. Fights for everything, he’s first to every ball, his passes are excellent and he’s very intelligent. The Dutch Xavi, they call him – and with good reason.

Toni Kroos would be a good player for him to bring in too. Of course United have chased him for some time now, but Van Gaal knows him very well and will be able to get the best out of him and is obviously a class player.

5) I’m sure I’ve heard Mehmet Scholl reference that the 2013 Champions League winning side began its journey to greatness under van Gaal’s watch. How much do you agree with this and is he the man to lead Manchester United back into Europe and perhaps onto even greater riches?

I agree to a certain extent, but there’s much more to it than that – Bayern Munich is a club which is looks to the long-term and had the resources to reap the benefits from Van Gaal’s work, but the coach did lay down a lot of the foundations which have allowed Bayern to become what they are today.

It was Van Gaal who, thanks to advice from Hermann Gerland (one of the Bayern coaches he kept in his background staff), brought through Thomas Muller, Holger Badstuber and David Alaba from the youth team. Furthermore, Van Gaal also turned Bastian Schweinsteiger into a wonderful central midfielder from an average winger and made Toni Kroos a more important player after his loan spell at Leverkusen. As well as this, he had Bayern playing a more exciting and effective style, taking them to the Champions League final in 2010 and brought in a style which has benefited them immensely right up to today. Also, he had a great influence on Pep Guardiola during his playing days.

6) He has won trophies everywhere he has been, but left under cloud after his time at Barcelona. Can you tell us a bit about his time in Catalonia and the impact he had there?

In his first spell at Barcelona, Van Gaal won the league twice in a row as well as the Copa del Rey and took them to a Champions League semi-final. He also gave Xavi, Andres Iniesta, Carles Puyol and Victor Valdes their debut in the first-team. Furthermore, his effect on Pep Guardiola was huge. So while many point to his second spell at the club as a failure, you have to look at it in a greater context.

His second spell, though, was disastrous. The team were playing horrendously and were struggling a great deal and he only lasted half a season. It’s one of those instances that adds strength to the argument that a coach shouldn’t return to a former team. However, it’s pointless to pin it all down to Van Gaal – this was a Barcelona team that hadn’t done well since he left after his first spell and it took Frank Rijkaard to turn them around.

7) Will his preparations for the World Cup be impacted by this appointment? How do you think Holland with perform at the tournament under his guidance?

No. It’s normal for a national team coach to seek new opportunities before a major tournament and he is a professional and committed manager. It won’t affect them at all.

Expectations aren’t high. This isn’t a great Netherlands team, it’s very much one for the future as it includes several inexperienced young players such as Stefan de Vrij, Bruno Martins Indi, Jordy Clasie, Joel Veltman, Terence Kongolo, Tonny Vilhena, Patrick van Aanholt and Quincy Promes. Also, it’s an extremely tough group and finishing second to Spain would likely set up a second-round meeting with Brazil. Not a lot is going in the Oranje’s favour for this tournament.

8 How important is it that van Gaal has a number of ex-players around him and in the form of new assistant manager Ryan Giggs?

To me, it was inevitable that Giggs would be involved in some way with Van Gaal – he always keeps a coach on from the previous regime when he takes over a new team and there was no better personality to have than Giggs. Van Gaal will benefit from it and Giggs will benefit from it immensely.

It’s important to Van Gaal to have someone stay on to help him understand the personalities of the players and those around the club as well as young players in the youth teams who are emerging – Van Gaal’s belief in youth is phenomenal and he always likes to promote young players and give them a chance. Giggs obviously brought through Wilson and Lawrence for his penultimate game in charge and will know who to watch in the youth teams so it seems like a very sensible idea.

9) Is Louis van Gaal the right man for Manchester United and can you give the fans a glimpse into what you believe we will see on the pitch next season.

Attacking, passing-based football from a team which will set out to dominate against every opponent and will not compromise those principles to any opponent regardless of size and strength. Overall, much more positive and entertaining football plus a few young talents to emerge from the youth team.

Enjoy it. He’s an excellent coach with a great mind. He’ll also be remarkably interesting in press conferences and interviews. Journalists who hated Ferguson for his tendency to ban them from press conferences will be in for a shock from Van Gaal. He’s arrogant, confrontational, aggressive and loud, especially with the press. A lot of the players will buckle down, get used to it and benefit from his guidance. The press, though, won’t enjoy him so much. 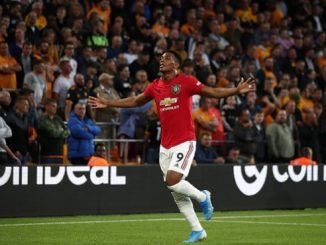 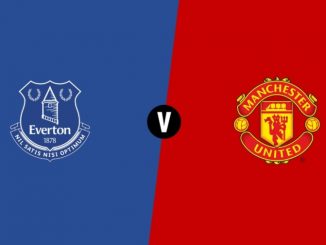 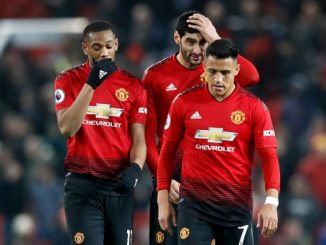