Billed as relegation battle by some wanting some ‘bantz’, United’s trip to Sunderland provided a chance to head into the upcoming international break with a renewed sense of positivity and a much needed win. Moyes once again made changes from the midweek game as Jones, Nani and Rooney returned whilst Januzaj was handed his full debut. For Sunderland there were just two changes as Celustka and Roberge came into the team allowing Gardner to move into midfield. We welcome comments from both sets of fans.

Oh my, oh my. Where do you even begin?

Let’s make no mistake about it, selecting Januzaj to start, (as had been rumoured for a good few days), was a brave move by Moyes. For sure, Januzaj had impressed in his cameos off the bench offering more than pretty much every other attack-minded United player but at 18, to start away from home at a time when the team badly needed the win was a ballsy decision. There were much safer options in the squad and no one would have battered an eyelid if Januzaj was a sub option as he has been recently. As with the other 107 substitute minutes so far this season, he repaid the faith the manager has shown in him.

In a dour opening half in which United had been busy but not always creative enough, he’d been the one bright spark. A couple of shots flashed wide as he showed signs of his talent, a quick dummy or body swerve to make space for himself. The second half in fact started badly, he was rightly booked for a dive – a strange occurrence given that it’s not something I can recall him doing before. It’ll hopefully be just a one off though.

Before his legs eventually started to give away around 70 minutes he’d made his mark though. First a fine first timed finish on his weaker foot and then after a quick foot readjustment he arrowed a sumptuous volley into the corner – that he had the confidence to even take it on let alone concentrate enough to execute it speaks volumes for where he’s at right now. United were saved by the 18 year old, he’d produced when we needed it most which is both admirable but also telling that more experienced players were unable to do so.

Rightly and deservedly there’ll be heaps of attention and focus on him now but the club will protect him and continue to let him develop in the right way with both the U21s and the first team. He’s much to still improve upon, notably not holding onto the ball too long and ironically, his finishing. Conspiracy theorists will suggest his fast-tracking into the first team may be contract related but one suspects it’s much simpler than that – he’s having an impact whilst others, no matter their reputations or transfer fees aren’t. He deserved his chance and he took it.

Having thanked Adnan for his heroics, United may reflect on two moments of note that now appear as important as any. Already a goal down and with no more than ten minutes played, Phil Jones reverted back to 2011/12-type by making an error and then recovering with a wonderfully timed slide tackle. He’d gifted possession to Craig Gardner 40 yards from goal and Sunderland, with Gardner closing in on goal on the angle had a three on one situation in their favour but before Gardner could make up his mind, Jones had steamed back and slid across to win the ball back. In his first season, Jones got a reputation for making big tackles but they were normally because he was having to dig himself out of a self-dug hole. Had he not done so this time, United would have almost certainly been two behind and in serious trouble.

The other unforgettable incident involved de Gea just after the half hour mark. Giaccherini of all people popped up unmarked from an Adam Johnson cross and headed it towards the inside netting of the goal. It wasn’t a header of significant power but was well directed and on the run it seemed to happen incredibly quickly. Somehow, de Gea’s readjusted his balance and flung his body the opposite way whilst tipping wide with an outstretched arm. Far from a routine save, it was one that only a few elite goalkeepers can pull off and prompted Peter Schmeichel to suggest it was one of the Premier League’s all-time great saves. The platform for the win was thanks to those two moments as much as anything else.

United have long experienced travelling to teams who suddenly manage to find that extra bit of zip to their play when United are in town. Add to that the fact that Sunderland have a caretaker manager who’s already shown he’s getting a response from his players and that cocktail mix makes for some good adrenaline. Sunderland’s players, buoyed by their early goal thanks to various individual errors (Evra, then Jones, then Vidic), stuck to their game-plan superbly in the first half – forcing United deep by pressing high and giving the centre backs few out-balls resulting in hopeful punts up the field when neither Carrick nor Cleverley were suitable options.

Although United came back into the first half and created good chances, Sunderland were never far away from opening the cracks at the back for United. Doing everything at a hundred miles an hour meant it didn’t always come off for Sunderland but it was enough to rumble a creaky defence. By the time United had gone ahead though, legs started to go and as the adrenaline left their bodies, the Sunderland players started to look weary. Despite a very late second wind, it was game up then with so much energy already spent.

United’s midfield has taken an absolute hiding this season already. Fellaini signed, is now injured but hasn’t yet convinced anyone he’s ready for United; Cleverley’s been in and out the side; Anderson’s been so poor that he wasn’t even taken to Donetsk; and Carrick’s failed to live up to the high standard he set himself last season. Both individually and as a unit, the central midfielders needed a big performance and whilst Wednesday night was a start, today was a really gutsy showing up against a three man Sunderland midfield.

Carrick and Cleverley just about held up their end of the bargain in the first half as the defence faltered but it was after half time they really cranked up the pressure. Neither will be making obvious headlines but they did much of the good dirty work that made the win possible. They started to press higher onto Sunderland’s midfield with Cleverley in particular doing what he started in pre-season, closing down midfielders and crucially winning the ball back. It may come as a surprise but he’s both won and attempted more tackles than any other United player in the league so far this season – an excellent refection of the hard work he’s putting in off the ball. In possession he was tidy too with a 95% passing accuracy, showing that the ball was seldom needlessly given away. Januzaj and Nani were good out-balls, always willing to take the ball on and run at Sunderland’s defenders. Plenty bemoan the lack of creativity coming from the middle of the pitch but United have always been lucky enough to have it in abundance out wide.

Partnering Cleverley, Carrick had his best game of the season so far. Despite having consistently good numbers this season, it hasn’t been hard to see that his influence on games has waned and he’s simply not been as good as he was last year or should be. Aided by Cleverley’s energy (such an underrated attribute – see Darren Fletcher), it took some of the defensive burden off Carrick and he could concentrate on doing what he does best, picking the ball off the defence and moving it forwards to the next team-mate up the pitch. He made over 100 passes (64% of them forwards), always retaining possession and keeping the play ticking over. Unlike in recent games, he’d found his range with the cross-field passes as accurate as the short ones. The pairing with Cleverley was good and, with the help of Rooney dropping deeper at times in the second half, for a change we weren’t dominated by an opposition’s midfield three.

United returned to winning ways and the top half of the table (arf!) with a much-needed, morale-boosting win at Sunderland. Two different but equally impressive second half strikers by Januzaj provided the three points after Gardner had scored very early on following a series of individual defensive errors. United were unquestionably better at a lot of things than in recent games – ball retention, ball possession, chances created etc. However, there’s much still to be concerned about and worked on, notably, sorting out the ongoing defensive errors. Vidic’s form in particular seems to be yo-yoing which is a worry but Jones certainly grew into the game in a positive way.

Januzaj’s inclusion was bold and proved correct but it also allowed Nani to play on his more suited right hand side and although he failed to convert a few good chances, it was great to see a winger so willing to take opposition players on and try to add a bit of pace and unpredictability to our play. Defending aside, if there was a concern for United it’s van Persie who looks out of sorts, unfit, rusty and has no semblance of a partnership with Rooney right now. For Sunderland, they remain bottom with just a point but Kevin Ball showed yet again he’s able to get a good reaction from the group of players there and it can’t have done him any harm in his quest for the job permanently. There’s an international break now and then United return for four home games in a row across three competitions, starting with Southampton in the league. 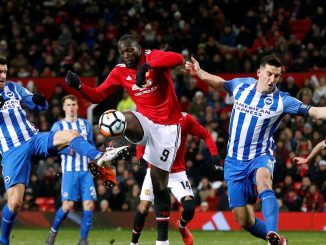