With Fulham full of confidence after their 5-0 opening day win, and with United looking to kickstart the season after Monday’s defeat to Everton, tomorrow’s game should be an exciting, adrenaline-fueled affair. We won 1-0 against them at Old Trafford last season – not a classic performance, but one that was mostly comfortable, apart from the penalty that should’ve been but wasn’t given. However, that game was full of the profligacy that characterised the second half of 2011/12 for United – 21 shots, 9 on target, only one goal. Given Fulham’s own form in front of goal and our well-documented injury worries at the back, we should hope that our attackers are a bit more clinical with their chances this time around.

United have a pretty good record at home to the Cottagers, usually winning games 2-0 or 3-0. Their only points against us at home came via a shock 3-1 win in 2003. In fact, they haven’t scored at Old Trafford since opening day 2006… when United beat them 5-1 with a really fine display.

Saturday’s game is going to pose a very different challenge from the one Everton posed on Monday. Whereas Everton’s performance was physical and capitalized on their aerial advantage, Fulham generally like to keep it on the floor these days, especially since Bobby Zamora went to QPR in January. Last season their passing accuracy was just below Arsenal’s, at 82%, and they do have some technically gifted players like Moussa Dembele and Bryan Ruiz. Dembele is an especially tricky, creative player, who’s adapted well to a more central role in midfield that Martin Jol’s given him. Personally, I’m hoping that we can afford to put Carrick back into midfield, as the Carrick-Dembele battle was quite enjoyable in last season’s edition of the fixture. At the back, Aaron Hughes and Brede Hangeland are a very good partnership, but one which was interrupted by Hughes’ consistent injury problems last season.

After a fantastic Premier League debut, Mladen Petric is obviously a danger, with a penchant for spectacular goals and a powerful left-footed strike from distance- he’s also been the beneficiary of some wicked deflections in his career. Damien Duff has troubled our defence in the past (though mostly at Craven Cottage) – so Evra should be mindful of him when darting forward to support the attack.

As for United’s own lineup, one can only hope that we have two fit centre backs to choose from – though with Evans lacking match-fitness, this looks pretty unlikely, so we may see Michael Carrick lining up at the back again. Ferguson has also hinted that we may see Evra play next to Vidic, a position he did surprisingly well (ironically) at Fulham last December. His agility and anticipation help him in this regard. Rafael seems likely to return, so he could well be thrown in at left-back with new signing Alexander Büttner unlikely to be risked immediately. In midfield, I expect Tom Cleverley to start once again, though it’s less certain whether Sir Alex will give Scholesy two games in a row – possibly Giggsy (*shudder*) or the increasingly rotund Anderson could make up the numbers in the centre.

What we can expect.. United lined up with an adaptation of 4-3-3 on Monday night, with Kagawa playing slightly ahead of Scholes and Cleverley making it a 4-2-1-3 at times, and certainly a change in ethos by Sir Alex. We are likely to see something similar again vs. Fulham, especially given the chances that Valencia may have to fill in at right back again. Rooney should start despite his incongruous effort on Monday, and hopefully with van Persie in close attendance, the Duthcman can spark Wayne into life. It is expected that the sprightly Kagawa will start in the same position, perhaps in front of Cleverley and Carrick, which leaves Nani, Young and Welbeck competing for the final place. Considering our wealth of options in attacking areas, the front four is even harder to predict than ever.

An unfit Rooney and an out-of-sorts Nani were comfortably our two worst performers on Monday, so there’s a possibility that at least one will start this one from the bench. Rooney has been considered undroppable since Ronaldo’s departure, but it would be interesting to see whether this is still the case now that another world-class striker is on the books.

Stretford End would like to see van Persie start, and it will be interesting to see how he links up with creator, Kagawa. It would give good variety to our attacking play as well, since we’d have a combination of pace on the flanks with guile and movement in the middle. Hughes and Hangeland are susceptible to clever movement, so this might be a good matchup for us. Carrick’s presence in midfield should help combat a crowded middle, with Jol likely to drop Ruiz even deeper than usual, or indeed include Sidwell at his expense. Elsewhere, Valencia and Nani (or Young) will be hoping to get in behind Riise who is susceptible to positional indiscipline. A big response is required on Saturday, and thats’s the bottom line. 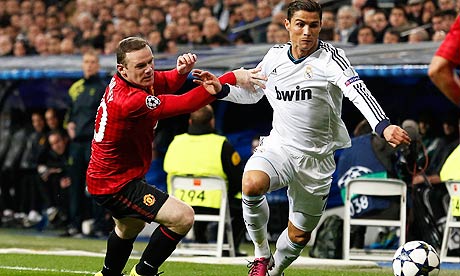 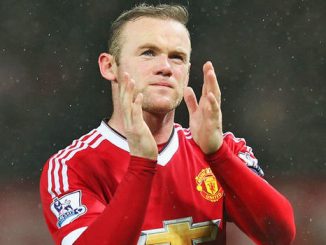 25 Comments on Manchester United vs. Fulham preview: Lineup and predictions