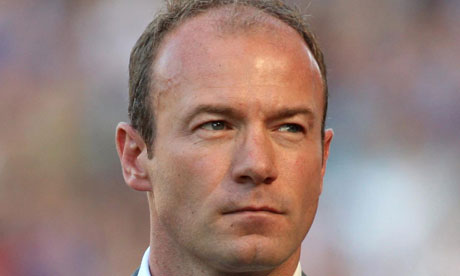 Former Southampton, Blackburn Rovers and Newcastle United striker Alan Shearer has revealed in an interview with FourFourTwo that United took too long to sign him, which is why he opted to sign for Blackburn Rovers. United ended up signing Eric Cantona in the November of 1992 and went on to lift the Premier League title, with Blackburn finishing in 4th spot.

Shearer did pick up a league title in 1994/95 after his side beat United by a point to the crown. The England striker enjoyed a four-year stay at Ewood Park, scoring 112 goals in 138 league appearances – however, could he have gone on to win more trophies had he waited a little?

The interview with Shearer is featured in the latest issue, which marks the 200th edition of the magazine (and also includes a Giggsy interview). Shearer was quoted as saying:

“There was interest from Manchester United, but I was told I had to wait three or four weeks for them to get the money together. I felt if they really wanted me then they would come and get me immediately. I had already spoken to Blackburn and told Kenny Dalglish, Ray Harford and Jack Walker that I would give them an answer in three of four days – and my answer was yes.”

Shearer again turned down the opportunity to sign for Manchester United in the summer of 1996, opting for hometown club Newcastle United instead. Former United captain Bryan Robson wrote in his autobiography that he couldn’t understand, even as a fellow Geordie, why Shearer choose to turn down United for a second time.

Shearer’s goal scoring record speaks for itself, whilst he also finished top goalscorer at Euro 96 with five goals – so was obviously in high demand, with rumours that Italian clubs were also keen to sign England’s top marksman. He eventually move for a world record fee (previously held by Gianluigi Lentini of Milan following his move from Torino to AC Milan in 1992) of £15million to his home town club. United went onto lift the 96/97 crown, whilst Shearer never really eclipsed the trophy winning season of 1995.

5 Comments on Alan Shearer: Manchester United took too long to sign me