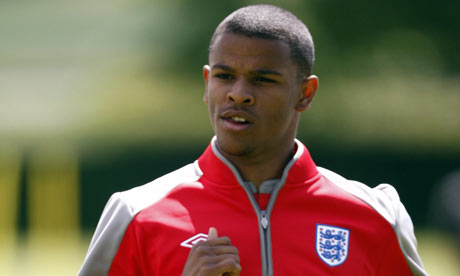 Sunderland have completed the signing of Manchester United forward Fraizer Campbell for a fee believed to be in the range of £3.5Million – with the potential fee rising to £6Million dependent on the players success in the North East. Campbell spent a season long loan at Tottenham Hotspur where he scored three goals for the North London club. Campbell played in the 1-1 draw on the opening day of last season against Newcastle United for United due to a lack of striking options.

The question may be asked why United didn’t cash in on their young striker last August when Hull City made a £7Million bid for the striker – which has resulted in a £3.5Million drop for a player who spent a season on loan away from Old Trafford and doubled his United total career appearances from one to two. Campbell was billed as an exciting prospect who could hopefully progress on from his his impressive 15 goal tally for Hull City in 2007/08 – when he spent a season loan with the Championship club.

Campbell on his move to Sunderland:

“Sunderland are an ambitious club who are going to go forward with the financial backing they have here. I know they are looking to bring in quality alongside some very good existing players. I would have liked to have played more last season, but every experience is a learning experience. I want to take what I learned at Spurs last year and apply it during the next four years [at Sunderland].”

“We’re delighted to have signed such a promising young footballer. We’re very pleased he’s chosen to join Sunderland. Fraizer’s already shown what a fantastic talent he is, but we hope this move will take him to another level. We need quality and competition right across the pitch and he’s the type of player who can really excite our fans.”

So are United right to cash in on a player who will probably once again find his chances limited at Old Trafford? Could Campbell have forged a partnership with Rooney ahead of Macheda and Welbeck? Lastly, the £3.5Million fee – too much or too little for Campbell?

4 Comments on United sell another youngster