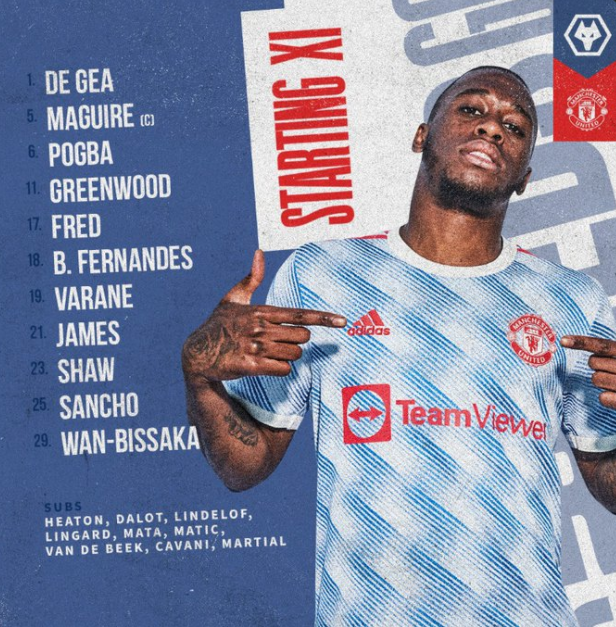 Manchester United are ready for their second Premier League away match in a row. After a 1-1 draw at Southampton’s St Mary’s, it is now time to visit the Molineux and face Wolverhampton Wanderers. Ole Gunnar Solskjaer has opted for a team with two new faces in the starting lineup. Raphael Varane is for the first time starting alongside Harry Maguire in central defence, while Jadon Sancho will be on the flank on his first start as well. Mason Greenwood is the one spearheading the attack, while Fred is making a central midfield partnership with Paul Pogba, not Nemanja Matic. Also, David de Gea is in goal and Daniel James gets his chance in what could be his last match for Man United.