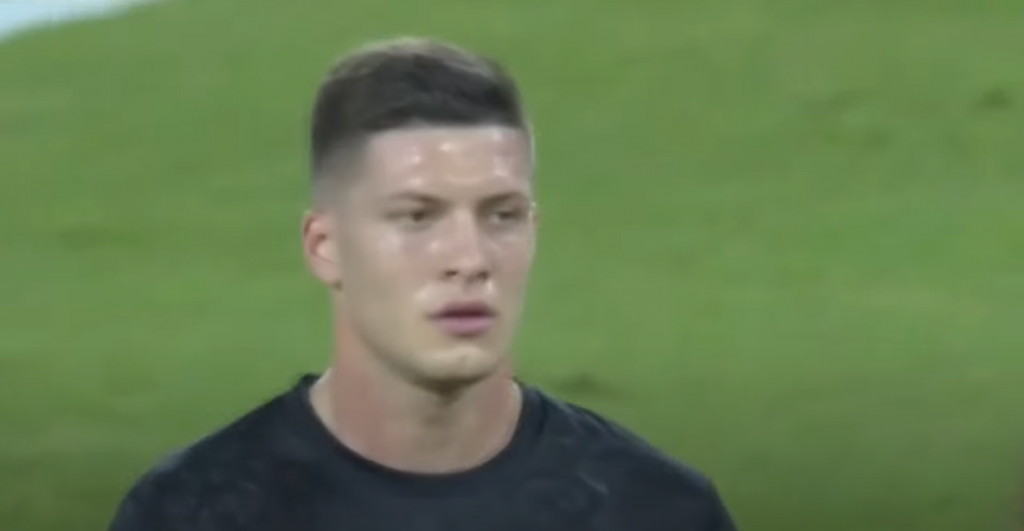 Manchester United are fast approaching the deadline day. Ole Gunnar Solskjaer’s side has been improved by only Donny van de Beek and with the window shutting on Monday, there is less time for the club to act. The Devils are being mentioned in more and more transfer talk – the closer we are to deadline day, the more players are being linked with United.

There has not been many new information about Alex Telles from FC Porto, who looked set to join Man United a couple of days ago and it seems that the talks are ongoing, with United trying to figure out how much money to pay for the left-back. But there has been more talk about some other players, some of them new ones being linked with United. Now, more than ever before, there are suggestions that Luka Jovic could be coming to Old Trafford.

Real Madrid striker has not been enjoying stayin the Spanish capital and now numerous sources – not many of them are actually highly reliable – are saying that his representatives have been offering the Serbian to Man United. Spanish media outlet AS are claiming that negotiations took place on Tuesday afternoon and have seen considerable advances. They even say that Jovic would be more inclined to join Man United than some clubs in Serie A, with AC Milan mentioned in that mix.

We still do not know how much truth there is to these suggestions and often in the past it could be said that these links are just media talk and nothing more than that. But if we assume that Man United are actually trying to get Jovic – and they would probably be able to do so on a season-long loan – what would he bring to the table?

What Would Jovic Bring To United?

Luka Jovic joined Real Madrid in the summer of 2019 in a transfer deal worth 60 million euros, following his amazing year at Eintracht Frankfurt. However, in just over a year since, Jovic did not shine and had scored just two goals in 28 matches. He had a few niggling injuries which hamperred him, he also had some issues off the pitch and he did not get much playing time. When he did, Real Madrid never truly relied on him.

At Eintracht, he was part of a vibrant, youthful side which perfectly worked in a fluid system with Sebastian Haller, Ante Rebic and Filip Kostic all involved. He was scoring goals from all kinds of positions, with his right and left foot, and also with his head. His intelligent link-up play worked wonders in a system where everyone knew their job. At Real Madrid, there was no such structure behind him nor was it focused around him.

If Luka Jovic was to actually join Man United, there is a reasonable sense that he would fit in better than at Real Madrid, where Karim Benzema is already the main man. At Old Trafford, Jovic could work with some very talented attacking midfielders/wingers who could rely more on him in attacks. Jovic is also a physical man and with a good structure behind him, this could be a considerably better option than having only Odion Ighalo in the running for centre-forward spot.