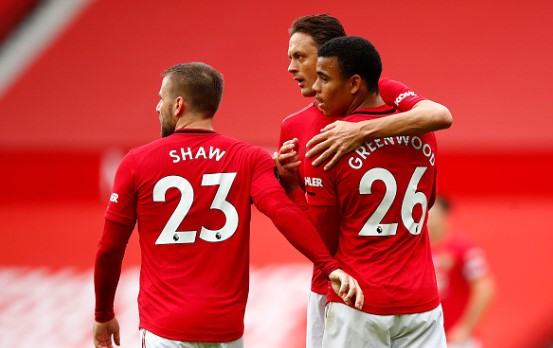 Manchester United have finished their Premier League campaign successfully. It has already been eight days since that win over Leicester City which has meant not only the Red Devils have qualified for the Champions League 2020-21 campaign, but also that they finished in third place, behind only Liverpool and Manchester City.

But now August has come and it is time for Ole Gunnar Solskjaer’s side to make their run in Europa League count. UEFA’s only reasonable decision was to play out the remainder of the competition once every national league is concluded and in a format closer to European Championship or World Cup.

Manchester United will host LASK from Linz on Wednesday, for their round of 16 second leg match. It is expected to be a procession, as Man United have won the first match 5-0 in Austria back in March before the season was temporarily halted due to COVID-19. Now it is time to finish things off and join the other seven teams in the quarterfinals.

There is a ten-day break between the LASK game and our last match against Leicester and we could see a very different team against the Austrians than the one we had seen against the Foxes. Solskjaer has already hinted at the point he will make changes in his team during Europa League matches and that should be even more expected for this first game against LASK. United have a huge lead and some other players should get their chance.

We could see a lot of changes and playing time for players who lacked in the Premier League. Jesse Lingard could be on the pitch, following his goal in the dying minutes of the Premier League campagin, Daniel James could give a rest to Mason Greenwood on the right wing and Juan Mata could easily take Bruno Fernandes’ spot. Also, Fred and Scott McTominay could get their chance in the centre of the park to prove that they could be relied upon in the years to come.

Also, Odion Ighalo could start up front, as the Nigerian scored the opening goal in the first leg against LASK. He could be the one to complete the attacking quartet with James and Lingard to his sides and with Mata behind him.

Manchester United have not been in great form during the Premier League run-in, but they did enough to finish third. They ended the season wtih a comfortable 2-0 win over Leicester, but the team still remembers that loss to Chelsea in FA Cup semifinal which robbed them of a chance to fight for silverware in that competition.

On the other hand, LASK have had a terrible run of results since the restart of the season. They finished Austrian Bundesliga with four consecutive losses and in a season where they fought for the title with RB Salzburg, they ended up in fourth place, behind Rapid Wien and Wolfsberger.

For all of the reasons listed above, Manchester United will be favourites to win this one even with a changed starting XI and a five-goal lead on aggregate. This match could also give Solskjaer’s team to get back in the rhythm ahead of the expected Europa League quarterfinal match, plus the players in the team will have a great reason to make their display count.