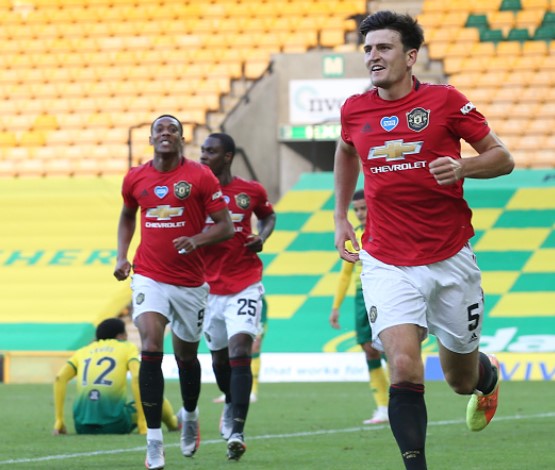 Manchester United have done an important deal last summer in getting out for Aaron Wan-Bissaka, signing him from Crystal Palace, trying to drastically improve at right-back position. But throughout the summer of 2019, there was no deal that was more important for Man United hierarchy than to get a proper centre-back that will elevate the entire team going forwards. And this was where Man United wanted to try and emulate Liverpool.

Saying that Man United wanted to copy-paste what their biggest rivals did was never going to happen amongst hardcore Man United fans, but it is true and no wonder. Jurgen Klopp and Liverpool did incredibly well to get Virgil van Dijk, who drastically improved them, almost immediately allowing the team to flourish and with the two of the biggest trophies. There was a similar intention from Man United when they were going after Harry Maguire.

In order to land him, Man United had to pay a lot of money and after a year it is safe to say the club did overpay in that instance. They made Maguire the highest paid defender in the history of football when he signed from Leicester City. There was a lot of buzz around Man United, as the club showed their intent to catch up with top Premier League sides and splashing so much money was always going to make a lot of fans happy.

But how did Harry Maguire fare in his first season at Old Trafford?

There are more than one answer here. We have to be careful and consider many different aspects and therefore a simple answer will not suffice. In terms of Maguire himself, looking at the player without his pricetag, it is fair to say he did well at United. It was a step up from Leicester City and he was part of a much improved central defence. United were still prone to errors, but all of the underlying metrics are showing there was progress made when 2019-20 defensive numbers were compared to those United obtained during the 2018-19 season.

Maguire showed his qualities in possession and positioning when United were defending a bit deeper was also good. But then, he did have his spells when he was caught out of position and some of those happened very recently, as we had seen in that Europa League semifinal against Sevilla.

When we look at Maguire from the perspective of a world record transfer for a defender, then this was not a season in which he made such impact Man United wanted. Truth to be told, he is not the only culprit there, since, when comparing him to Van Dijk, Maguire did not walk into a near-perfect team. Even now, there is still a lot of work for Man United to do and Liverpool were already more structured and better balanced side.

Anyway, Maguire’s performances were not good enough for a player that was paid so much and it is safe to say Man United overpaid for his transfer. That is not the player’s fault in itself, but the weight of expectations is logically higher. Maguire’s first season could be looked at very differently this time next year if he manages to make a leap forwards in his performances and if he continues being the captain that this team needs to go forward.

That will be a big test.