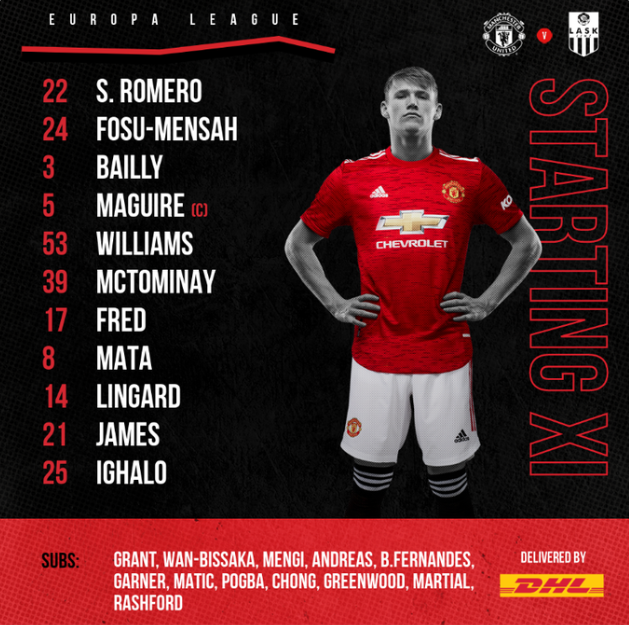 This is how Manchester United will play against LASK in the second leg of the Europa League round of 16.

Ole Gunnar Solskjaer expectedly decided to opt for a rather changed starting XI, especially since the team got a 5-0 win in the first match. Only Harry Maguire is the only player who regularly features in the starting lineup who is playing tonight and we could see an interesting front four in Daniel James, Jesse Lingard, Juan Mata and Odion Ighalo.

This will be a good chance for several players to show they can be trusted options for Solskjaer in the season that is coming up fast. We could also see some youngsters coming on off the bench, including Tahith Chong, James Garner and Teden Mengi.