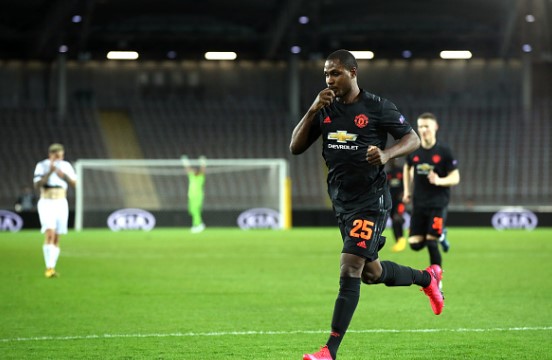 Manchester United are in the FA Cup semifinals! It was not an easy job, it was not pretty, but they have managed to do it and now they will be just two matches away from winning silverware. The Devils have managed to get past Norwich City at their Carrow Road, after Harry Maguire scored the winning goal 118 minutes into the match, just before the end of the extra-time.

Odion Ighalo gave the lead to the visitors, with another important goal of his, but it was Todd Cantwell who equalised quarter of an hour before the end of 90 minutes. United were helped by a late red card from Timm Klose, which meant Solskjaer’s side was entering extra 30 minutes of play with an extra man.

But looking overall, it was a surprise to see Man United start the game with so many changes. Solskjaer obviously decided that against a weaker Norwich side, which are currently bottom of the Premier League, he also had the luxury of switching things around. Sergio Romero, Diogo Dalot, Scott McTominay, Juan Mata and Jesse Lingard all started and that was a brave move.

United did struggle during the first 90 minutes, but apparently Solskjaer wanted to freshen some legs during this long season that is about to get into the final sprint.

Despite the different starting XI, Man United managed to win and Odion Ighalo was important part of that. He scored the opener to put United ahead and his impact continues to show whenever he is playing. Nigerian striker was ridiculed after he joined the club and he most certainly is not a long-term solution for anything Solskjaer wants to solve, but he deserves credit. This was only his fourth start since joining the club from Shanghai Shenhua and he already scored his fifth goal.

To put things in perspective, both Angel Di Maria and Radamel Falcao scored four goals each during their time at Old Trafford.

This was another match where we had the chance to see how interesting of a player Todd Cantwell is. The Norwich attacker played on the left of a 4-1-4-1, creating problems for United. He is a really talented player who is able to be creative in posession, dangerous in front of the goal and pacey when necessary to counter-attack against a higher defensive line.

Cantwell also scored the equaliser with a good shot, showing that he will not be staying at Norwich for much longer.

Man United Can Make Their Season A Success

Has this season been ideal for Man United? No, far from it. Have United been playing scintillating football? No, far from it. But still, this season could be measured as a success for Ole Gunnar Solskjaer. Reaching Champions League football through the Premier League would be a really important part of making the season a success. But also winning the FA Cup would do the same. Silverware is always a different feeling and United are now two games away from lifting the trophy. They are not favourites, but it is still something that could be done.

Also, do not forget there is Europa League still to play for.