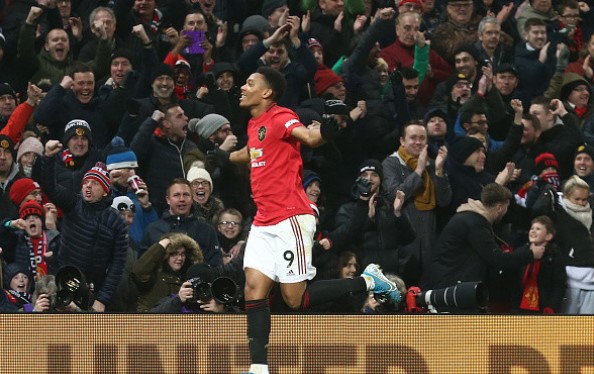 Manchester United have won few days ago against Sheffield United, but games are coming thick and fast in this post corona virus period of the season. The Red Devils have done really well against the Blades, as we discussed yesterday, creating plenty of chances and getting a result that was thoroughly deserved. Now, new matches are around the corner and Man United will have to continue putting in fine performances.

That is especially the case this Saturday, as Ole Gunnar Solskjaer’s side will meet Norwich City in the FA Cup quarterfinal. But today we will not be talking about that, since you can read our preview of that game here. We will be talking about some other subjects.

What Can Man United Learn From Inter?

This day was not so eventful for Man United, per se, but there were some interesting things we should mention, although they are not related to the club. It was interesting to see Inter Milan go after Achraf Hakimi of Real Madrid, making him their first pick of this transfer window and then basically wrapping up the deal in the evening. No one heard about this deal in recent weeks and out of the blue, it is all done.

Beppe Marotta, Inter’s sporting director, got Antonio Conte a perfect right wingback for his 3-5-2 formation, after getting out on the market and paying Madrid what was necessary. Jobe done, end of story. Such ruthlessness, but also shrewdness, is what Man United will need this summer, especially in these new circumstances. Inter have found the spot in the team they had to improve and they had gone and done that. Ed Woodward should take note.

Could Martial Get His Place In France Team?

Frank Leboeuf, 1998 World Cup winner with France, spoke about the national team of his country and modern version of French world champions. He said some interesting thigngs, including one about Anthony Martial. Leboeuf said that Man United striker could be the player to get Antoine Griezmann’s place in the national team if things going this way. That was a nice testament to everything Martial has been doing recently, especially on Wednesday against Sheffield United, but it was also a testament to how poorly Griezmann has been playing since joining Barcelona.

Things might not be that simple as Lebouef made it look, but Didier Deschamps should definitely pay close attention to Martial’s performances.

Sky Italia have reported today that Alexis Sanchez is concerned by the situation at Inter Milan. They claim that economic agreement has to be made with Manchester United if the Chilean is to stay at Giuseppe Meazza, not only for a loan extension, but also for the purchase of the player. The problem for that deal to happen is that there is just few days left until the end of June, when all business in that regard must be done.

It seems like Alexis will be coming back to Manchester, at least for a little while.