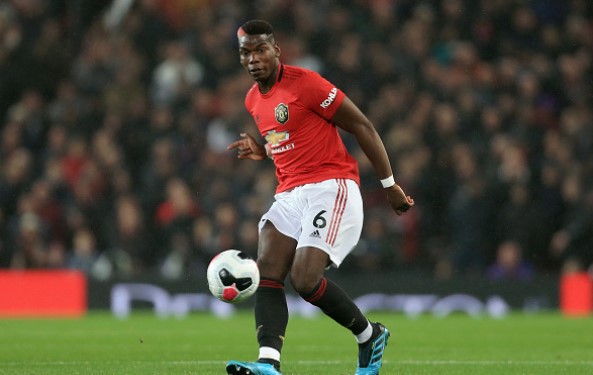 Manchester United are still in a lockdown, as the entire world football is. We still have no real idea when the club football will return, but we know there are several transfer rumours circling around these days and we are going to discuss them. The Devils will be eager to improve the overall squad strength, as that has been one of their main weaknesses. Depth is truly necessary to make a bigger statement next season.

So let’s begin with the rumours.

Thomas Partey is a wanted man and it looks like Manchester United are amongst clubs interested in him. Atletico Madrid midfielder is one of the crucial players for Diego Cholo Simeone’s side. The Ghanaian’s performances exude strength, stability and ability to break the attacks and also start them and move them forward. According to Mundo Deportivo, alongside Manchester United, clubs interested in his services are also Arsenal, Inter Milan and AS Roma.

He reportedly has a release clause of €50m and Atletico will want to give him a new, improved deal, in order to erase the clause from his contract. It does not seem very realistic United will actually get Partey, but he would definitely improve the central midfield, slotting in the starting XI more or less immediately.

It has been reported many times before that Juventus could be interested in getting Paul Pogba from Manchester United for the second time. It was, mostly, reported by highly unreliable sources, but now one big confirmation arrived. Fabrizio Romano, the well known and truly reliable sports journalist from Italy, specialised in transfer market, has tweeted that Pogba is Juventus’ number one goal this summer. He also said that the Frenchman is their absolute first midfield choice this summer.

And when Romano reports something, then it is like that. Juventus are, therefore, truly interested in getting Pogba this summer. This time, it will be necessary once again to see the resoluteness from Man United if they are to keep Pogba. The player himself has had an almost unexistent season so far and way too often has his agent spoke of player’s desire to leave. Man United might not be able to repeat what they did last year…

Trio Of Players Closest To The Exit

According to reports, three Man United players currently closest to leaving the club are Jesse Lingard, Andreas Pereira and Phil Jones. That is in line with what we were writing about last week, about players United should probably let leave the club. If Lingard and Pereira both leave, then United will have to make some big moves in central and attacking midfield this summer. There will be a big void to fill, mostly in terms of number of players available.

This could be United’s chance to sign a few more players than what they are used to doing and make a bigger statement of intent. Replacing these three players would not be the toughest task ever and it could be an opportunity to truly change the look of this team for the better.