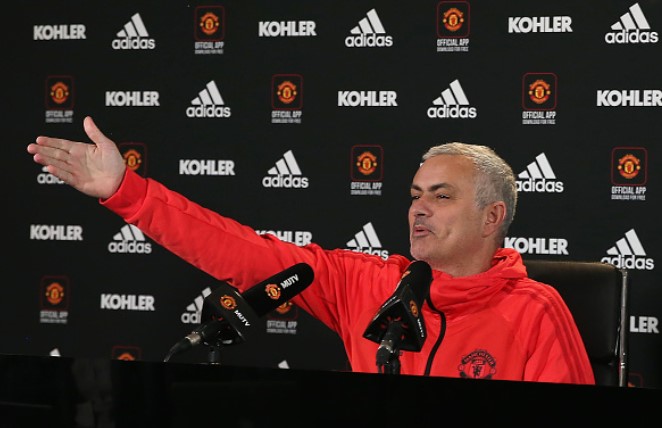 Manchester United are less than 24 hours away from their first Premier League match in 17 days. The last time they were on the pitch it was the first day of February and now after a well deserved break, the Devils will play Chelsea away at the Stamford Bridge. That will be a great opportunity for them to show that they really are a proper candidate for the Champions League qualification.

We spoke about the important things surrounding Chelsea team, who are a tough opposition despite the fact United both times got the better of them this season. But still, this time we will be talking about some other things, not those around the clash.

Here are some things we have been seeing in the media these past few days.

Mino Raiola Is At It Again

Mino Raiola spoke again and that automatically means he was sending a message to Manchester United. Paul Pogba’s agent invited himself to tell everyone that the Frenchman could potentially leave the club this summer and that a return to Juventus is a possibility. There was still nothing concrete in the whole story, but it was Raiola’s way of sending a message to the Devils, the boardroom, but also every other club. He basically said ‘come and get us, it is not impossible’.

Last summer it was, but after a season in which Pogba has been on the sidelines more than on the pitch, Raiola could be tempted to force Pogba’s move away from United, which would obviously come at a lower price than it would have last summer. A year has passed since and Pogba was injured for the most part of the current campaign. Those two put together and Man United could earn less from a transfer fee, which further means Raiola could get bigger wages to Pogba.

It seems like this will be a very long summer. Pogba has not been playing and Raiola will be doing his tricks yet again, undermining the club. Maybe, in the end, it is for the best of all sides if Pogba left and United started making some big signings to replace him. But then again, that is also a scenario unlikely to happen.

The Special One has returned. We missed his jokes, especially when they are targeting clubs like Manchester City. The Portuguese manager was asked about the Manchester City ban after his Tottenham Hotspur side managed to get past Aston Villa 3-2 late into the stoppage time. Mourinho being Mourinho, he could not help himself and he had to poke Man city with his comments.

Asked about the whole situation, Mourinho said that he did not spent a single minute thinking and analyzing things and that that was UEFA’s and FIFA’s job to do. But since he was asked, he took the chance to say that if he had to ask a question, he would ask the Premier League if his team that finished second in 2018 would be going to become champions. He said that would be interesting to see, clearly joking and insinuating about his Man United team from 2017-18 which finished 19 points behind City in the record breaking season.