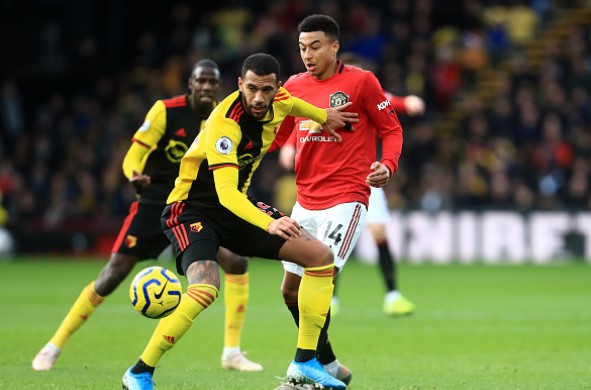 Manchester United are getting ready for the second leg of the Europa League round of 16 against Club Brugge. After a 1-1 draw in Belgium, it is time see whether the Devils will be able to finish the job in front of their own fans and get a result that will get them through to the next round.

But that is not the only thing we are going to talk about today.

Midfield Duo Could Be On The Way Out

These past days, there has been a lot of talk of Manchester United being potential favourites to sign Jadon Sancho from Borussia Dortmund. There is nothing concrete in those stories just yet, but it is a persistent storyline that many obviously put faith into. But before Man United are able to sign Sancho, there are certain aspects that need to be taken care of if the club is to actually have a chance to sign him.

The first one is to reach the Champions League football next season. It is hard seeing someone of Sancho’s quality go to a club playing in Europa League for the second straight season. But also, where is Man United’s money going to come from?

It is not only easy to splash 100 million pounds on a player without getting some of it back through sales. And who are the players, apart from Pogba, where Man United could get some decent money? The players mentioned in the conversation of leaving this summer are Jesse Lingard and Andreas Pereira.

The two midfielders are getting closer to being shipped out, especially if United sign one of Jack Grealish or James Maddison,, as many are also reporting. But then again, would United be able to sign both Grealish/Maddison AND Sancho? Too many questions and Ed Woodward is not there to make you feel confident about all this…

A Blast From The Past – Remember Him?

Do you remember Zoran Tosic? Former Manchester United winger who joined the club in early 2009 did not last long at Old Trafford. He played just a few games for the club that was the best in Europe and soon afterwards he made a move to Koln and then CSKA Moscow.

Last autumn he returned at Old Trafford as one of the leaders in FK Partizan team which played against United at Old Trafford… Why we mention him? He is now set to make a switch to Chinese second tier and join Taizhou Yuanda at the age of 32.

As we said, Club Brugge are coming to town and they are going to be here in full strength. After a good showing on their own pitch, the Belgians will have all players at disposal on Thursday night. Ole Gunnar Solskjaer will still be without few players, but Scott McTominay is expected to return to the starting XI.

The Devils will be through with a 0-0 draw as well, but if they are to truly show they can go far in Europa League this season, these matches should be won without a question.