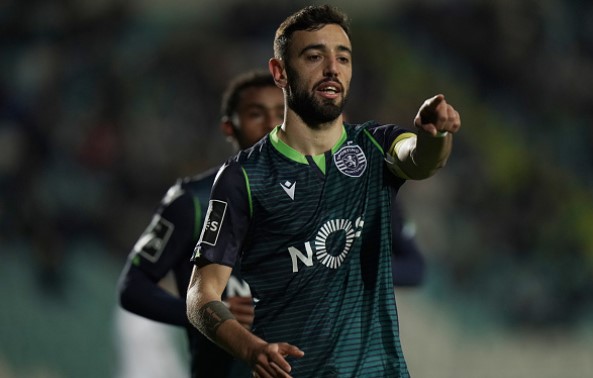 Manchester United are about to meet Wolverhampton Wanderers yet another time! After meeting three times with them last season, this is already the third time these sides will play each other in 2019-20 season. To make things even more interesting, there is another game afterwards to be played between Man United and Wolves.

This all comes as part of the FA Cup 3rd Round replay, due to the two teams playing 0-0 couple of weeks ago. In the league earlier this season, it was 1-1 and Man United still have not beaten Nuno Espirito Santo’s side since they came up from the Championship.

Whilst several media outlets suggested Bruno Fernandes would be announced as the new Man United player on Monday or Tuesday, that did not happen. The latest reports are suggesting that the negotiations are still ongoing and the two clubs are trying to find a solution.

An interesting fact is that Sporting Lisbon’s shares have increased by 5.96% following rumours of Man United’s interest in the midfielder.

Inter Milan have signed Alexis Sanchez on loan, Romelu Lukaku on a full transfer and are also trying to get Ashley Young to make a move to Italy. But another Manchester United player is being monitored by the Nerazzuri – Di Marzio are reporting Inter are interested in Tahith Chong and also saying that they have met with the player’s agent.

Chong did get some opportunities at Man United this season, but he never really showed anything worthwhile. Whilst he is still a youngster, his attitude did not really seem right at all times… We will see what happens.

It is such good news to see how well Dean Henderson has been doing at Sheffield United. Chris Wilder’s side is doing phenomenally and at the heart of that has been Man United’s goalkeeper playing on loan for the Blades. He has made 54 saves this season, but in terms of context it is better to say he has eight clean-sheets to his name, more than any other goalkeeper in the Premier League.

It is great seeing a youngster doing well after making a step up in the leagues.

And last, but not the least. In recent months, there has been so much talk about Nemanja Matic potentially leaving Manchester United and another name has been brought up. That is Chicago Fire, a Major League Soccer side that is apparently looking for new Designated Players, after the departure of Bastian Schweinsteiger and Aleksandar Katai.

According to Daily Mail, Matic would have been offered five million pounds per year to join them, but these links are apparently not going to hold up. That would be too much money for a player like Matic – basically, not a Zlatan Ibrahimovic/Carlos Vela type of player. Also, Solskjaer previously spoke about the fact that the Serbia international will stay at the club beyond January window. Therefore, Fire could more realistically sign Matic in the summer.