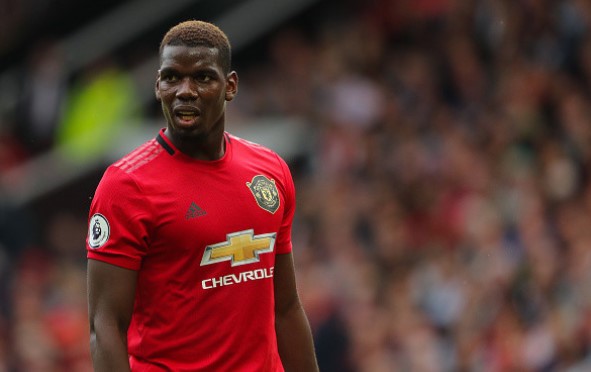 The midweek Premier League games have already started on Tuesday, but Wednesday night will see an intriguing meet up between Manchester United and Tottenham Hotspur, led by Jose Mourinho. However, let’s wait for that match a bit more and talk about other subjects.

Big news came out on Tuesday and it was in regards to the position of the manager of Manchester United. According to Manchester Evening News, Mauricio Pochettino is interested in becoming the club’s next manager, as pressure mounts on Ole Gunnar Solskjaer.

According to MEN, Pochettino, who was recently sacked by Tottenham Hotspur, remains “enchanted by the prospect of managing United”. The Argentine coach has been originally mentioned in such conversation when it was Jose Mourinho who was rumoured with a potential sack at Old Trafford last summer. That move never materialized, but it could now.

It has been reported in recent days that Pochettino will not manage a new club this season, as he would be losing his hefty severance package. That is why, Pochettino could be open to waiting until the next summer before taking on a new challenge, with Arsenal also rumoured to be interested in his services. However, it remains unknown how open to such a move Pochettino would be, with Man United also his primary choice.

This would mean that the pressure on Solskjaer could be getting even bigger.

Rashford Is Player Of The Month

Good news for Marcus Rashford ahead of the Tottenham Hotspur clash. He has been voted Manchester United’s Player of the Month for November 2019. This comes as no surprise, with Rashford earning 53 percent of votes that were cast. It is his first monthly award this season, following in the footsteps of Daniel James and Scott McTominay.

Rashford made four appearances and scored three goals in November. His goals against Partizan, Brighton and Sheffield United took his tally to 10 goals this season, with his strong outings for England too.

Brandon Williams finished second in the poll with 37 percent of votes and Mason Greenwood ended up with ten.

There are some news in regards to the Wednesday match against Spurs. It has been confirmed that Paul Pogba and Anthony Martial will not feature for Manchester United in that match. Earlier during the day it was announced Pogba will out of contention, whilst Sky Sports reported in the evening that Martial is set to miss the match due to a muscle injury.

That not everything is so black, came the news about Scott McTominay and Nemanja Matic being ‘touch and go’ for the match.

Well, the FA Cup draw is done and Man United were not so lucky, at least in terms of getting a draw against a ‘bogey side’ – Wolverhampton Wanderers. Manchester United have not been doing well against Wolves ever since they came up from Championship and that was confirmed again this season in a 1-1 draw.

That match will be played at the Molineuax in early January. Hopefully, that will be a start to an exciting cup run that could lift the mood around Old Trafford.