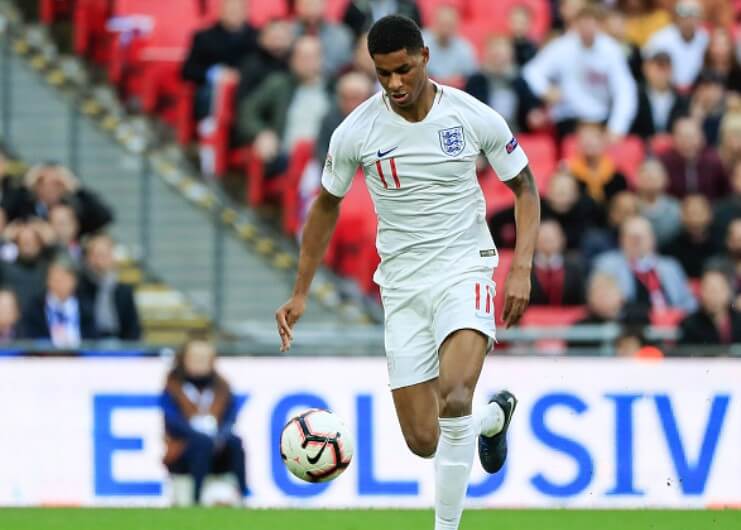 The international break is over and very soon we will start talking about some Premier League action. Sure, there have been some important news, although entirely related to Manchester United, about Jose Mourinho taking over at Tottenham Hotspur, following the sacking of Mauricio Pochettino.

But just for a while longer, we will talk about international football. Now that we know which 20 teams have qualified and which 16 will play in play-offs for the final four spots, we can also talk about the Man United players that could feature at the EURO 2020.

It is safe to say that around four to five players could play for Gareth Southgate’s England next summer, coming from Man United. The two obvious choices are Marcus Rashford and Harry Maguire, Aaron Wan-Bissaka is setting himself on a great path to earn a callup, while Jesse Lingard will have a tougher task with James Maddison and others also being in consideration.

Those that are less talked about are Chris Smalling, currently on loan at Roma, but also Dean Henderson, on loan at Sheffield United. The latter seems to have a good chance of being the third goalkeeper in that 23-man squad, while there are more uncertainties over Smalling.

Ryan Giggs managed to qualify from the first try and Wales will play at their second consecutive Euros, after the semifinals in 2016. Important part of that squad should be Daniel James, who is a regular in the starting XI of both Wales and Manchester United and it seems like between now and the end of season, he can only become even more important for both teams.

Two names pop up when we talk about the world champions – Paul Pogba and Anthony Martial. The first one actually won the World Cup in the summer of 2018 and he will be in Didier Deschamps squad next summer provided he stays healthy.

On the other hand, Martial will have a tougher path towards the callup, but his situation at Man United is ideal for him to earn it. He will have enough chances to prove himself in a leading role at a big club and Deschamps also spoke that he could definitely get a call-up soon and also cited recent injury as a key factor in his exclusion from the latest international duty.

David De Gea will go to EURO 2020, no doubt about that, but it looks like he will not be a starter. He did not start in the last two matches for Spain and Kepa Arrizabalaga has been at the top of the pecking order in recent months.

Victor Lindelöf has been a big part of Sweden’s qualification to EURO 2020 and he was also a big part of their great World Cup campaign last year. He also won the Swedish Player of the Year Award for the second year in a row and therefore will be expected to be one of the leaders of their national team next summer.

This one will be a bit tougher, with Diogo Dalot failing to find his way into Fernando Santos’ plans, but nevertheless, the Portuguese full-back could end up in the final squad if he gets more playing time at Man United or elsewhere.

Scott McTominay will be on one side and Nemanja Matic on the other, although the latter could still leave the club in January transfer window.

Also, let’s not forget Kieran O’Hara who was called up by Republic of Ireland in the last few squads and they will be playing in Path B of the play-offs.