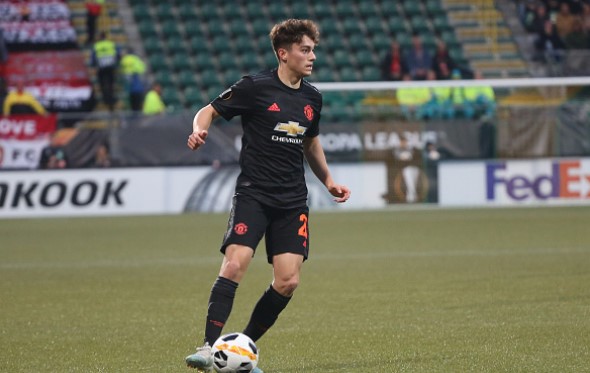 Daniel James is one of the three signings Manchester United made in the summer of 2019. Alongside Harry Maguire and Aaron Wan-Bissaka, he joined the club during a very much different transfer window to what we have been used to in recent years.

Some three and a half months since the start of the season, we are going to talk about what kind of a season he is having so far. We will be taking a look at underlying metrics, alongside the eye-test from watching him week in, week out.

The Output He Made

Since joining the club, Daniel James scored three and assisted another three goals in the Premier League. Since he only played for 94 minutes in Europa League, we will not be considering that as anything important at this stage. So, taking a look at the Premier League, he is contributing 0.5 goals per 90 minutes. Even though that is not a huge number – considering it is about both goals and assists put together – this feels as a good output, considering he is a new player at a new level and the transfer fee. United signed a player who only had one Championship season under his belt and 15 million pounds is a cheap transfer considering the way the Devils were spending in recent years.

When we consider his expected goals and expected assists, we can see that James has been overperforming a little bit. His xG per 90 is 0.18 so far and his xA (expected assists) stand ot 0.20. Combined, that is 0.38 goal contributions per 90, a number that highlights there is a lot of space for improvement.

James is not taking good positions when he is shooting, and whilst that did bring us some beautiful goals early into the campaign, it is no surprise he has not scored since the last day of August.

His expected goals per shot amount to just 0.11, which is below average for a winger in a top five league. Elite wingers consistently get to the level of around 0.17 or 0.18, which is a big difference right now. But then again, James is not an elite winger. He is still young and has a lot to learn.

What Else He Does

Many have pointed out the fact that he is very fast and can be lethal with his dribbling skills using that pace, but so far this season he has not been doing much of that. He has been making just 1.2 successful dribbles per 90, which is simply put – a very low number for a winger. Even last season in the Championship that figure stood at just 1.6 per 90.

Even when we look at pressure regains (thanks to Statsbomb’s radars), we can see that he is only putting in around three regains thanks to applying pressure, per 90 minutes. That is just okay, nothing more than that.

Also, it should be pointed out that his low volume of shots (around 1.5 per 90) and low number of touches in the box per 90 (around four) also highlight why he has not been a constant threat, but also highlight the way Man United have been using him, too.

But then again, these are still early days and James has a lot of work to do in order to fully accustom to the league and raise his levels. He just turned 22 and he never played professionally before he turned 20. This is all normal.