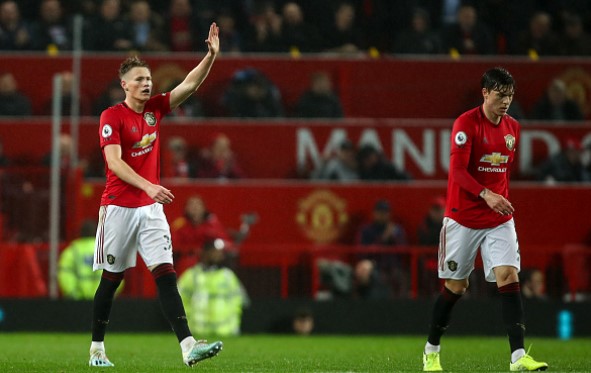 Manchester United have made this past week look very, very good in comparison to the most part of 2019. After failing to win in a single away Premier League match in eight months and a single away match in all competitions for seven and a half, the Devils have found a way to win three on the road in the span of six days!

Thanks to two goals from Marcus Rashford, Chelsea were beaten for the second time since the start of the season, as Man United progressed to the quarterfinals of the League Cup. There, they will host Colchester in mid-December, as Ole Gunnar Solskjaer’s side will be looking to enter the semifinals and get themselves closer to a fight for a domestic trophy.

Against Chelsea, we have seen some interesting things, most notably that Rashford free-kick, but after checking some numbers and stats, we have also found out this.

With the Devils setting up in a 3-5-2 formation yet again, it was Scott McTominay and Fred that played in central midfield. Alongside them, it was Aaron Wan-Bissaka doing his work as the right wingback and it was apparent that these three players were doing the most work defensively in terms of trying to pressurize opponents into making mistakes and get the possession of the ball back.

Together, these three players attempted 20 tackles, with Fred leading the crew with eight and McTominay following him with seven. If you consider that they were the only central midfielders, that Wan-Bissaka is still not a wingback as he is more defence-oriented and that Jesse Lingard was playing in front of them, then it is no wonder that…

Yes, Chelsea created more. Sure, there is also the factor that Chelsea were the home team, wanting to attack more, that they have a squad with more creative players and better suited to such a system, but it is also the fact that United’s team is not really expected to create much with such a team on the pitch.

That is not a negative thing per se, but rather an observation of why United had (and might again have) problems against deeper blocks. United players created just four chances from open play, compared to Chelsea’s nine.

That did not impact the final score this time, but it is a good reminder that even when winning, looking at your own shortcomings is very important.

Rashford Does Plenty In Open Play Too

Rashford stole the show on the night with his two goals. The first one was a penalty and the other was a brilliantly-taken free-kick that everyone is still talking about. But the fact is that Rashford was lively in the open play too, where he also contributed.

He attempted two dribbles and two tackles and also added two interceptions, which goes to show that Rashford was playing left and right, going up and down the pitch. On top of all of that came those two goals, to make things just perfect for the England international.