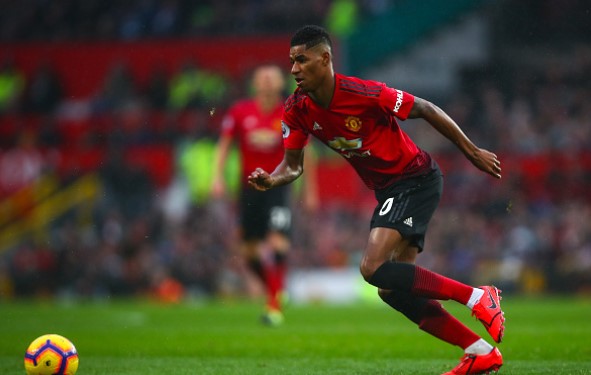 Manchester United are back in action! After two weeks of wait, the Premier League returns and the Red Devils will host Leicester City at Old Trafford. This Saturday match comes at a time when Ole Gunnar Solskjaer is in real need of a victory, but Brendan Rodger’s Foxes are one of the three unbeaten sides so far in the season.

Here are the things we would like to see from this match.

This goes without saying, but for Man United to get a win is more important now than it was couple of weeks or a month ago. The reason is simple – no wins in the last three matches are far from good. This young team needs to grow throughout the season and their confidence is still fragile. The new signings have been just about the best players of this team so far and others need to step up their game.

Leicester are not the easiest rival to have, but one United could definitely beat. For that to happen, some things will have to change. The lack of end product needs to be solved, as that has been one of the more glaring issues so far. But, if the chances are coming by, that problem will be easier to solve. Going four matches without a win would definitely make some alarms go off.

Man United’s midfield has been mentioned quite a lot by the media and there is a good reason for that – it is very thin with options. With Paul Pogba and Jesse Lingard out, there will be even less choices for Solskjaer to have. Scott McTominay does a good enough job, but that is not enough for the whole team. Nemanja Matic needs to improve, but Juan Mata and Andreas Pereira as well, should they get a chance.

There is a pure lack of quality in this midfield and they will be coming up against a youthful and very talented midfield from Leicester. The quartet of Choudhury, Praet, Tielemans and Maddison has a lot of good things about it and they are not expected to get afraid of the Old Trafford atmosphere.

We would like to see our players “win the midfield battle”, that should be the key in winning the game.

Marcus Rashford scored twice on the opening day of the season, against Chelsea, but has missed a penalty since and failed to score in the following three matches. Not that those runs do not happen, but Rashford needs to have as few of those as possible. It is because now he has a lot more burden on his shoulders to become a real goalscorer, as there is no other real goal-getter in the squad. With Anthony Martial out injured, that burden is even bigger. It would mean a lot for his confidence if he was to decide the game. This is the season when he needs to grow into the player we know he can become, despite still being just 21.