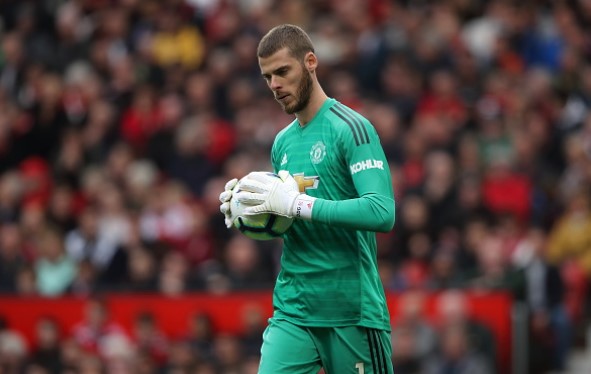 Manchester United lost yet again and the Premier League campaign already looks grim. Two wins from six matches played against five sides supposedly worse than you is not good and very negative energy is once again all around this team.

And no wonder it is, when Man United’s performance against West Ham was so bad that even the Hammers’ decent-to-good game looked like an unsurmountable challenge. Ole Gunnar Solskjaer’s team was truly bad and today we will be looking into some numbers that have been important for this game.

Manchester United once again “won” the expected goals “battle”. Yeah, yeah, we know – what does that even mean? Well, the Devils had the better chances against West Ham, as the Juan Mata’s sliding shot went wide and Harry Maguire’s one on one was saved by Fabianski.

But did United then actually deserve anything from this game. It is hard saying that they did, even though maybe a draw would have reflected the chances in a better way. Man United had 1.22 xG, while West Ham were are at just 0.53. However, United’s finishing was bad as usual and that is something that continues happening and besides two chances, the Devils did not create anything in this match. And that continues happening as well.

Man United players lost possession 28 times in this match. That is almost once every three minutes and that was not a great look. This helped the fact that United looked disoriented and without a coherent plan of how they want to play. In fact, from the outfield players that started the match, only Ashley Young did not lose possession in this match. That speaks for itself.

We have been hearing Solskjaer talk quite a lot about Man United going to press really high up the pitch and in a high tempo, but as the season was starting to unfold in these month and a half, that talk only started to disappear. No one is talking about pressing anymore.

The Devils fans were hopeful their team would start playing one of the necessary aspects of most great European teams of the past five or six years. But now even those talks evaporated, as United’s pressing was not good and far from anything worth mentioning as ‘pressing’. Why is it missing all of a sudden?

Lukasz Fabianski was maybe even the best goalkeeper in the Premier League, when the business of a keeper was to be accounted for. He was the reason why West Ham conceded almost 15 goals less than they were expected (according to Statsbomb’s analytical model) and his ratio in that regard was even better than David De Gea’s in 2017-18 season.

Against United he made three saves, one less than De Gea, but he actually saved all of those he faced. That includes that save on Maguire’s really good chance, when he ran out to make himself bigger, in the end stopping the ball from ending up in goal.