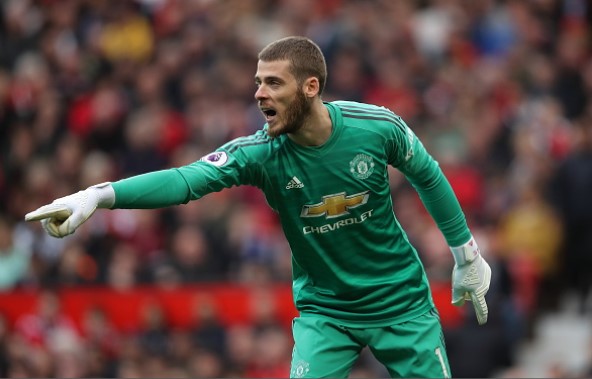 Manchester United defeated Chelsea on the opening day of the new Premier League campaign! Yesterday, we spoke about the four things we learned from the match, but today we are talking a closer look at the numbers behind this game.

It was a day to remember for all three Manchester United debutants. Daniel James played for the last 20 minutes and scored the fourth goal, whilst Harry Maguire commanded the defence in the manner of a player that was paid so much for. But Aaron Wan-Bissaka’s performance was the one that struck the most in terms of his current abilities and potential for improvement.

When he was signed from Crystal Palace, everyone pointed out the fact that he was immense defensively in his only Premier League campaign so far, but that he had some issues going forward. Playing at Crystal Palace does that even to strikers, but it was true. And against Chelsea, we have seen that again. Which is not necessarily a bad thing.

Wan-Bissaka was almost impeccable defensively. He made seven tackles and six of them were successful, he had three interceptions and he also aided his teammates with five clearances, all of them from the inside of the box. To top all of that, the right-back never made a foul.

However, attacking-wise, he did not offer much. Whenever he went far up the pitch, he either just recycled possession or did something similarly not eye-catching. He made two successful dribbles out of four, but overall, he was not challenging Chelsea with his solutions. That is not something so terrible, but it is definitely part of the game that modern full-backs at the biggest European clubs have in their arsenal. The good thing about all of this is that this is just beginning and Wan-Bissaka should look to build on this very solid performance.

Well, we cannot really know if David De Gea is going to return to form, but we are thinking he is not that far from it. The Spanish goalkeeper had a great afternoon at Old Trafford, making seven saves throughout. This match, in certain instances, reminded of his best days, with a couple of good saves, but it is not something that can give us definitive answer.

Still, with the captain’s armband, De Gea was commanding and he is getting closer and closer to signing a new contract with Manchester United. That could give him some much needed calmness throughout the season and with Maguire hopefully shining in front of him, his confidence should only grow. And we know what happens when De Gea is high on confidence.

Chelsea Vulnerable Down The Right Channel

Chelsea played into Man United’s hands with their naivety in transitional play, but one thing struck even more. It was Kurt Zouma’s terrible performance and Mateo Kovacic’s anonymity. The left-back and left defensive midfielder did not put a great shift defensively, as Man United had no troubles getting through the channel on the mid-right side. That was where Chelsea had the least defensive actions throughout and from where United were never really challenged.