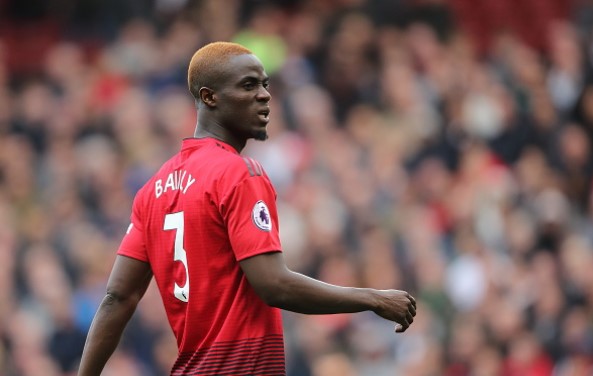 Pressing Is Coming Good (So Far)

Manchester United defeated Tottenham Hotspur 2-1 today and this match gave us some positives about the forthcoming season. The reason for that is the pressing game we have seen Man United play. In the sweltering heat that the match was played in, United managed to put a great pressing game, putting Spurs players under a lot of pressure throughout the match. Tottenham had issues with coming out of the back and if the team can relentlessly play this type of football at this time during pre-season, in sweltering heat, then that is definitely a very good sign.

We can see that Man United now have a clear plan of how they want to play. How will that pan out during the season is another question, but so far, this is a positive. This time last year, it was quite an opposite situation with Jose Mouirnho’s toxicity and a complete lack of plan during pre-season. It turned out to be an early sign of what was going to come during the campaign and hopefully, that will be the case this year as well. Still, we should not get ahead of ourselves, there is still a lot of things for this team to improve.

Angel Gomes Will Get His Playing Time

Angel Gomes scored after 80 minutes of play to put Man United ahead of Spurs and settle the score. The youngster had a great showing against Champions League finalists and his performances in previous friendlies have been clearly positive.

That make a good impression on Solskjaer, who spoke about the player after the match. He said that he had a really good time and has been sharp during the pre-season. Pointing out there are “high hopes for him”, Solskjaer gave a hint that Gomes will have his place in this squad.

How much playing time he will get this season will depend on many factors, including rotation and possible injuries of players ahead of him in the pecking order, but right now the feeling is that we will be watching Gomes play from time to time.

The match against Spurs was not good for Eric Bailly. The Ivory Coast international twisted his left knee after making a tackle during the match and had to be stretchered off the pitch. The first prognosis of the injury are not good, as Solskjaer confirmed afterwards. The manager pointed out that it does not look good and that checks and scans will be made.

This is his fourth bigger injury since joining Man United and unfortunately, it looks like things will not work out for him at the club. It might not be the best moment to make such statements, but so far, he has proved to be injury prone, which does not make him a reliable choice across the season. He had a knee injury and an ankle injury in the past two years, which resulted in missing around 30 matches.

Unfortunately, this will make even more strain on the squad and put more need to signing a centre-back. Even with a potential arrival of Harry Maguire, Solskjaer will have to be very careful with his cenre-back choices.