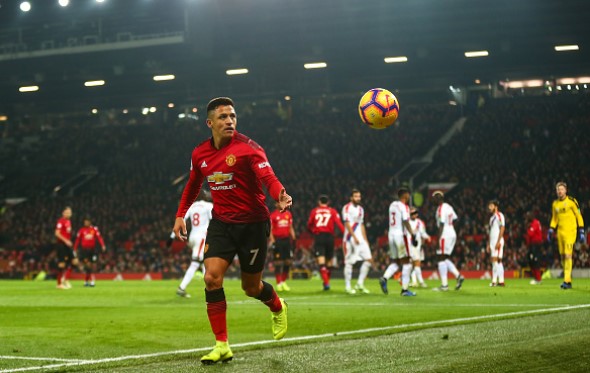 Manchester United are preparing for the Champions League’s round of 16 second leg against Paris Saint-Germain. The match will be played in France and the goal will be to overcome a mountain – a 2-0 loss at Old Trafford three weeks ago.

That match remains to date the only loss of the Ole Gunnar Solskjaer’s era as the caretaker manager and not much has changed since then. Man United continued with great results, most notably against Chelsea in FA Cup, but the match in Paris will be a sentimental one – it could easily be the last Champions League match of the season for the Devils.

As much as the players and staff have that never-say-die attitude going into the match, the reality is quite grim. Not only would the players have to overcome a two-goal deficit away from home against one of the best European sides, but also Solskjaer could be without as many as 10 first-team players!

Injuries are creating too many problems right now and one could mean something bigger. Alexis Sanchez is rumoured to be sidelined for the next six to eight weeks, it was reported on Monday and that made us thinking. Is this the end of Alexis’ time at Manchester United?

It is never easy to speak negatively about a player when he constantly gets injured – it is one of the natures of sport and not always is the player’s fault for being sidelined. But one would have a really tough time finding an argument why Alexis Sanchez should stay at Man United beyond summer of 2019.]

Because Sanchez’s time at Old Trafford was never actually, not for one moment, regarded as a big success. It was only perceived to be success back in January 2018 when the deal happened, as Henrikh Mkhitaryan got sent to Arsenal and Man United got themselves a player Manchester City wanted so badly.

It felt like a win. But just months later it felt like a mistake, purely because United’s first thought was to rob City off a player they wanted. It was not guided solely by the use Sanchez could be of for this squad of players. In fact, with five goals and nine assists in 41 matches in all competitions, the Chilean is far beyond any expectations set before him. He was supposed to be the player that will guide the team forward, together with Paul Pogba, and be a model for players like Anthony Martial and Marcus Rashford.

In the end, less than 14 months later, it feels like he is just an unnecessary part of this team, too expensive for it to be useful. His contract will end in summer three years from now and United are already looking desperate to sell him. Sanchez is often getting injured, being sidelined every now and then, without ever putting in a really good impression when he is healthy.

So who is at fault? Or could we say there is anyone at fault at all? Sometimes these things just happen. Sanchez is not the player he used to be and he does not look right now like he will ever be.

That is one of the things Man United should worry these days. The other one is Champions League. But not the match in Paris, rather than the race in Premire League.