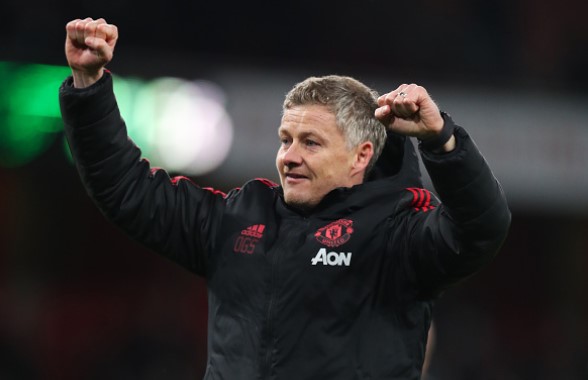 Ole Gunnar Solskjaer was appointed Manchester United caretaker manager on 19 December 2018. Today, on 19 February, it has been exactly two months since his arrival. The results have been absolutely phenomenal – the Devils have won all but one match so far, they have beaten three of the biggest London clubs away from home and are currently in fourth place in Premier League, something that looked like an unreachable goal at the point of Jose Mourinho’s sacking.

There have been many positive things about Man United in these two months. Much more than in the previous part of the season and here we are taking a short look into things we have learned about Solskjaer’s team since he came from Molde, or at least some of them.

Mourinho leaves, Solskjaer arrives and everything changes in a heartbeat. How? Well, one of the things certainly was the positivity the Norwegian brought with himself. He made players feel it, he made sure they felt his almost boy-like presence and brought smiles back on their faces. Enjoying trainings leads to enjoying matches and an arm around the shoulder is a really powerful tool that cannot be measured by numbers, especially when players feel down and insecure.

Jose Mourinho too often cropped and changed in his final months at the club. That can be a good thing inside of a clear structure, but the reason he was constantly changing things was not that one. He wanted to either send messages to players or just did not know his best XI. Solskjaer changed that – he knows how United should play, giving specific roles to two holding midfielders, allowing forwards to roam and express themselves. Sounds simplistic, some things are simple.

Pogba Is Not Toxic, He Is Marvellous

Mourinho made a big statement saying Paul Pogba is toxic for this team and the dressing room, but Solskjaer proved just how much the Frenchman can offer. Instead of publicly criticizing him, the manager made sure Pogba felt his love and also suited everything to him. As the only truly world-class player in this squad (De Gea excluded, obviously), Solskjaer knew how important Pogba can be. PSG knew that too and neutralized him last week at Old Trafford, but nevertheless, the change has been phenomenal.

Rashford’s Talents Are More Obvious Than Ever

Rashford never really got a real, proper run under Mourinho. Even when he did play several matches in a row in the starting lineup, his position would change. Solskjaer made sure Rashford got his fair chance as a number nine and he never disappointed. With young players like him, some worse performances are going to come, without doubt, but that is a small price to pay. Rashford now feels settled as the first-choice striker just two months later.

Solskjaer might be a great caretaker and he might even prove to be a great manager if he stays at the club next season. But the club need a Director of Football. They need a real modern structure that will take the club forward and not rely on a single man’s ability to get the right moves all the time. Liverpool is one club that has recently shown how a DoF can work to improve the whole team. Man United should follow the suit.