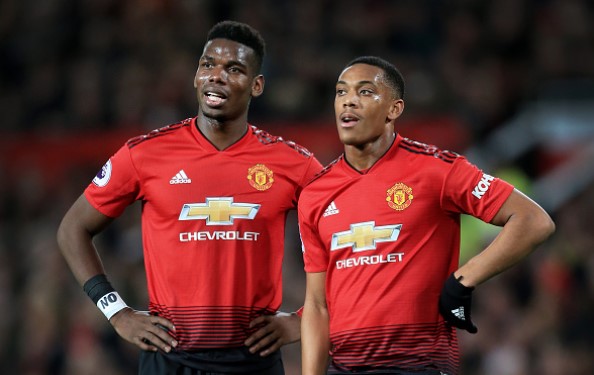 Manchester United have been on the honeymoon ever since Jose Mourinho had left the club, but this will be the first time after his departure that the Devils will be properly tested. Big and comfortable wins against teams like Cardiff, Reading and Huddersfield were all good and well, but Tottenham Hotspur are one of the toughest tests in the league.

Mauricio Pochettino has got his side playing maybe not the best brand of football in his reign at the club, but certainly the most effective one. They are winning points more regularly even when they do not play well and they progressed from their Champions League group after just one point won in the first three matches in their tough group. Now, it is on Man United to show how much of a progress has been really made or was it just a boost from a managerial change.

Here are the things we would like to see in this Super Sunday clash.

Paul Pogba’s performances since Ole Gunnar Solskjaer arrived at the club have been truly marvelous. The Frenchman had four goals and three assists before anyone could realise what was happening. But now will be a big test for him too. United play away from home, at Wembley and controlling the much against such a fine team is far from an easy task. Pogba, though, will have his opportunities to show his talents.

A midfield three of Sissoko, Winks and Eriksen is expected to start, as Spurs have a small squad and many injury issues. That is clearly not their best midfield combination and Pogba could exploit that.

It was good seeing Romelu Lukaku return to the team and even better seeing him score again, but this match could be ‘the one’ for Marcus Rashford. We have seen him before do great things in big matches, as destroying Trent Alexander Arnold was against Liverpool. After a run of great performances, it could be really important to see a player with such energy and movement play up front, trying to unsettle Spurs’ high quality defence.

Tottenham are most probably going to start in a 4-3-2-1 formation of sorts, where Harry Kane would be the lone striker, with Dele Alli and Heung Min Son just behind him. Both Alli and Son are incredible in their own way – the Englishman being unpredictable wild card and the Korean being probably in form of his like. It will be a big test for United’s defence and most likely a 4-2-3-1 shape to remain firm against the home side.

Could this matchup solve the match? It might not be that simple, but it could play a huge part. Kieran Trippier is a really good right-back for Spurs and his deliveries in the final third are impeccable. He is among the best in the league in that regard. But defensively, there are plenty of issues. Tottenham can be vulnerable in that position, especially in swift counterattacking transitions. Anthony Martial could really be that man to expose that.